Today was our third day in Gashora but already it feels like home. I would never have imagined that going to work in such a dramatically different country than my own with a bunch of strangers (save for extensive prep emailing) could be so easy. Our group immediately became a tight-knit team, which has really helped us to get down to business at the work site right away.

Today was so far the hardest in terms of heat (the sun blazed without respite all day) and the previous two days' effects on my body that is unaccustomed to manual labour have become apparent. My shoulders are sore, my hands at the risk of blistering, and my hair a tangled mess. Despite these setbacks, today was yet another super-productive day. We went through bags of cement at record speed, and tirelessly climbed all over the scaffolding we helped build yesterday. 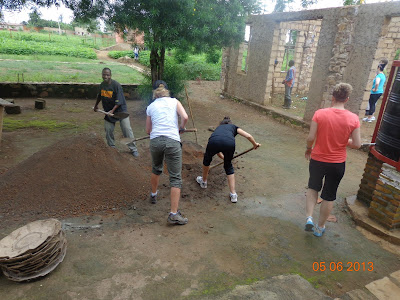 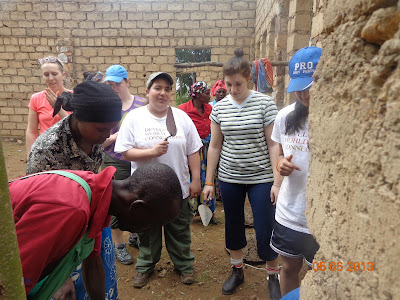 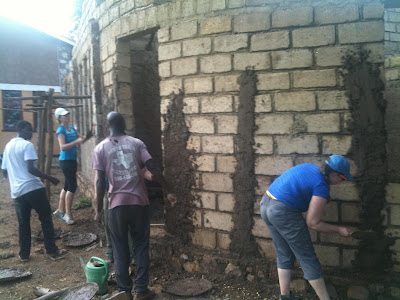 At lunch, you could tell that the group was absolutely beat, but lemon Fanta and the group's collective motivation pushed us through the rest of the day. So much so, in fact, that we worked an hour later than usual.

Tonight will most definitely be one spent doing laundry and stretching out the day's work with some yoga. We'll probably squeeze in a pre-dinner beer by the lake as well. Life is good.