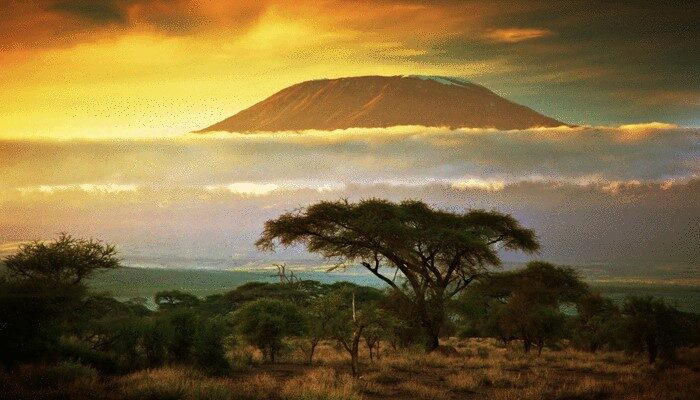 Its the Kenya Water Project Team reporting in again with some bedtime reading:
As you will note-getting a little more descriptive on our precise location.

All is well here and we have had no rain these past two days which has made for much-improved working conditions! Yesterday the group split up with the “elder” members taken by Faith on a walking tour of the water tanks that had been built in the village by past volunteers or service organizations, a visit to the project office and a visit to the homestead of some of our host partners. Some trivia we learned from our time spent with Faith today: (more so a note to myself so I don’t forget).

We at first thought residents in the village got water from the storage tanks directly as we had seen people carrying jugs, but a family unit can pay 25,000 KES ($ 295.00 CDN) or more if they are able, to have a water connection to their house. On top of that, there is a monthly maintenance fee of 200 KES. If a family cannot afford to pay for the maintenance fee they must work on the project for the day, a day’s pay being equivalent to 200 KES ($3.00 CDN). Yes, that’s all- makes our minimum wage not look so bad! If a family can’t pay the fee and does not show up to contribute their time to the project the neighbours have the ability to shut off their water to avoid anyone taking advantage of the goodwill of others, however in a village where there is such caring for one another and everyone seems to be “family” in the collective sense, one doubts that this ever would occur. If it did, the only alternate water source is the river but even if at a location within close proximity of the village it is of questionable quality due to human or agricultural impact.

Memorable moments of the elders’ day: Tuesday we were visiting with one of the local mothers whom, despite being very ill at 70 but seemingly more like 90, was still tending her six gorgeous grandchildren and was nonetheless just so happy to have us peak into her home as a matter of interest. It was entirely of wood slab construction as there is no dimensional lumber here, and the roof was made of tin although some homes in the village have thatched roofs. There was a mud floor, no hydro and all in all very primitive by even local standards.

We were also welcomed into Faith’s home and met husband Frederick who took time from hoeing his potato field to pick and serve us passion fruit from his trees, show us around their farm and the “forest” which the couple were gushing with pride about as they had planted it themselves. The wood from the forest which they selectively clear and some coal sold locally, are the only source of fuel for cooking. Their house had a concrete floor, a small 1×2 ft solar panel on the roof that powered only a couple of light bulbs when it was working and the “toilet” was an outhouse with only a small hole in the floor so one has to have good aim!

There is no refrigeration of course. The milk is direct from the goats so we do tend to have only boiled milk with our tea of coffee. Whatever meat they eat is what they kill that day or is bought fresh from the local store and consumed only fresh.

The main crop being harvested now is potatoes for a bag of about 200 kg which will sell for anywhere from 1500 KES4 to 2500 KES ($30.00 CDN max) in peak season and they only get two crops a year. Not a large sum by any means. They also grow their own fruit such as lemons, tomatoes, bananas, papaya, mango, and pineapple and in fact we passed a 10,000 acre Del Monte Pineapple operation on our route here from nearby. Always thought pineapple came from the US and Hawaii. A variety of vegetables common to us are grown for local consumption so they are virtually self sufficient in this regard importing little from elsewhere that they really need. Green bananas are a fruit that is boiled and served as a vegetable like a potato – quite interesting.

Many farms of the less able families are owned by the government and on a 3 acre plot a family will plant potatoes which they sell themselves for profit, but in exchange they must plant cyprus trees and tend them as part of the reforestation project.

Not much of a productive day Tuesday for the four ladies in terms of the project, but it was a day for learning more of the culture, seeing and meeting local people and marveling at their lives with no cares, no material possessions, and nothing but a positive outlook on life. What does seem odd though is that despite the simplicity of life here, many young people have cell phones and some apparently are on facebook! However the majority as one would expect, certainly know nothing about a computer. Cell phones are charged with solar power with their being no electricity in their homes and we haven’t yet found the “internet cafe”!!

The younger members of the project team tackled the replacement of some sections of the water line in the rain forest valley Tuesday, but fortunately conditions were nowhere near what we encountered on day one of the project site. They were challenged with some pipe connection issues to reduce from 10 inch steel to 8 inch PVC which team member Dan an engineer, observed with much frustration. All that was needed was a reducing flange/collar which they did not have or had not even though about. But as volunteers here only we are to take the lead of the project coordinator and only assist when and how we are asked. In the end the time spent walking to and from the project site was longer than the time spent on the job but this seems to be quite typical from what we understand. No one seems concerned.