It has been an interesting 12 days since I got here, to say to least. First few days were spent getting acclimatized & planning what we needed to include in each Aid Pack (AP) to take to the small town of Tabogon which is situated north approximately 120kms/3 hour drive from where I am staying in Cebu.

This community like many other smaller communities seem to be overlooked when a major disaster like Typhoon Yolanda happens. The Rise Above Foundation (RAF) here which partners with Developing World Connections (DWC) in Kamloops have contacts in Tabogon & it was through this connection that the extent of the need was realized.

I visited the community on November 24th to see firsthand the devastation the typhoon caused. As we left Cebu, other than some minor damage & a bit of general rubbish that was obviously caused by Haiyan (locally called Yolanda), things looked pretty much like normal here. After driving for about 2 hours, around the town of Sogod, it was becoming pretty clear that things were getting worse. Power lines down, extensive structural damage to smaller dwellings, and damaged vegetation. 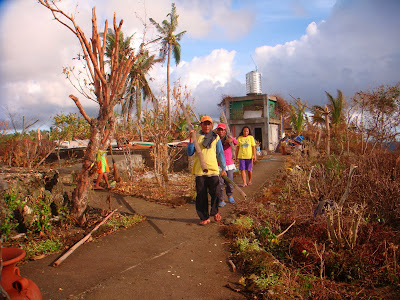 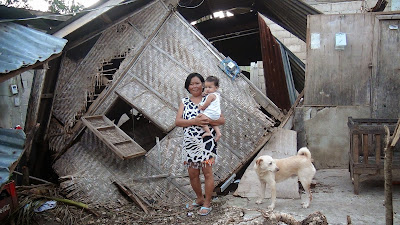 Every kilometer we drove north from there, things got worse and worse. When we arrived at Tabogon, the need for assistance was overwhelming. Major structural damage to schools, total destruction of family dwellings, power lines lying across roads, almost every banana tree destroyed, coconut trees raped of their fruit, the general landscape browned by the ocean water that was lifted and dropped well inland.

The founders of the Rise Above Foundation, Flemming and Elisabet Hansen, had also visited Tabogon the day before I did, and we all agreed this is a town that needs are help. Now was time for action!

Through our contact in the town of Tabogon, 300-325 families were identified as families in great need. We put a list together from what was indicated as the most needed items. These packs included rice, nylon rope, sugar, coffee, soap, canned goods, nails, kerosene, tarps, and water jugs. It should be noted that each AP weighs approximately 50 Kilos or 110 Lbs. We have assisted in delivering 75 of them to the families already and have 250 more very close to being ready for delivery. That works out to about 16.3 metric tons or almost 18 imperial tons of goods. 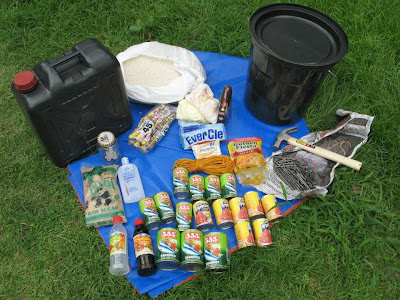 It was a very onerous task in trying to collect all the goods we needed for such a large undertaking especially when some of the basic needs in our APs were already sold out because of the disaster. But by combing most corners of the major local merchant market in an area called Cologne, Gabe from RAF and myself were able to not only get the goods we needed, but also negotiated some pretty good deals. While I don’t understand all of the local dialect, it is amazing how body language can get you message across.

Now with all of the supplies on hand, we have started organizing each AP. With help from some Danish students, the young men and a couple of the wonderful ladies that live here at the Foundation, and a couple of us Canucks, we have already portioned out the rice and the nylon rope. The next 3-4 days will finish the job with plans to deliver the APs to Tabogon on Saturday, December 7th for distribution on Sunday, December 8th. 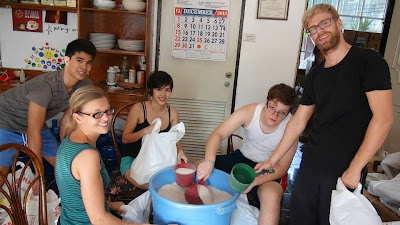 I will then stay in Tabogon for 6-7 days along with David, an architect from the USA that specializing in disaster relief assessment, analyzing not only what needs to be done but in what order it needs to be done in. I am very excited to have this opportunity as I hope I can gain knowledge from David that might help in the future.

Well that’s it for now. As I said, it has been a very interesting 12 days but something tells me not nearly as interesting as the next 12-14 days will be.