It's been another very busy 11 days since my last update. I traveled back to Tabogon with Gabe on Monday, December 16th, and we stayed there until Wednesday, December 18th. The main purpose of this trip was to identify the first 5 families that we were going to build houses for and purchase the building materials. We were able to accomplish both tasks, and the ordered supplies would be delivered over the next 3-4 days.

A bit of an update on the area we are helping: close to the barangays of Camoboan and Salag are the barangays of San Vicente and San Isidro. The population in total in these 4 barangays is approximately 3,800 people. This is the area that we are directing most of our relief work. Up until now, there has been minimal help from the government in this area. The landscape of the area is quite hilly and the roads are very crude which makes getting aid to this area a bit difficult, but between a few small vehicles, motorbikes and, of course, some pretty good walks, we have been able to reach basically all of this area.

We toured the area again meeting some of the first 5 families and letting them know that their new homes will be started very shortly. To say the least, they were extremely happy and very grateful to have someone finally providing them shelter for their families. 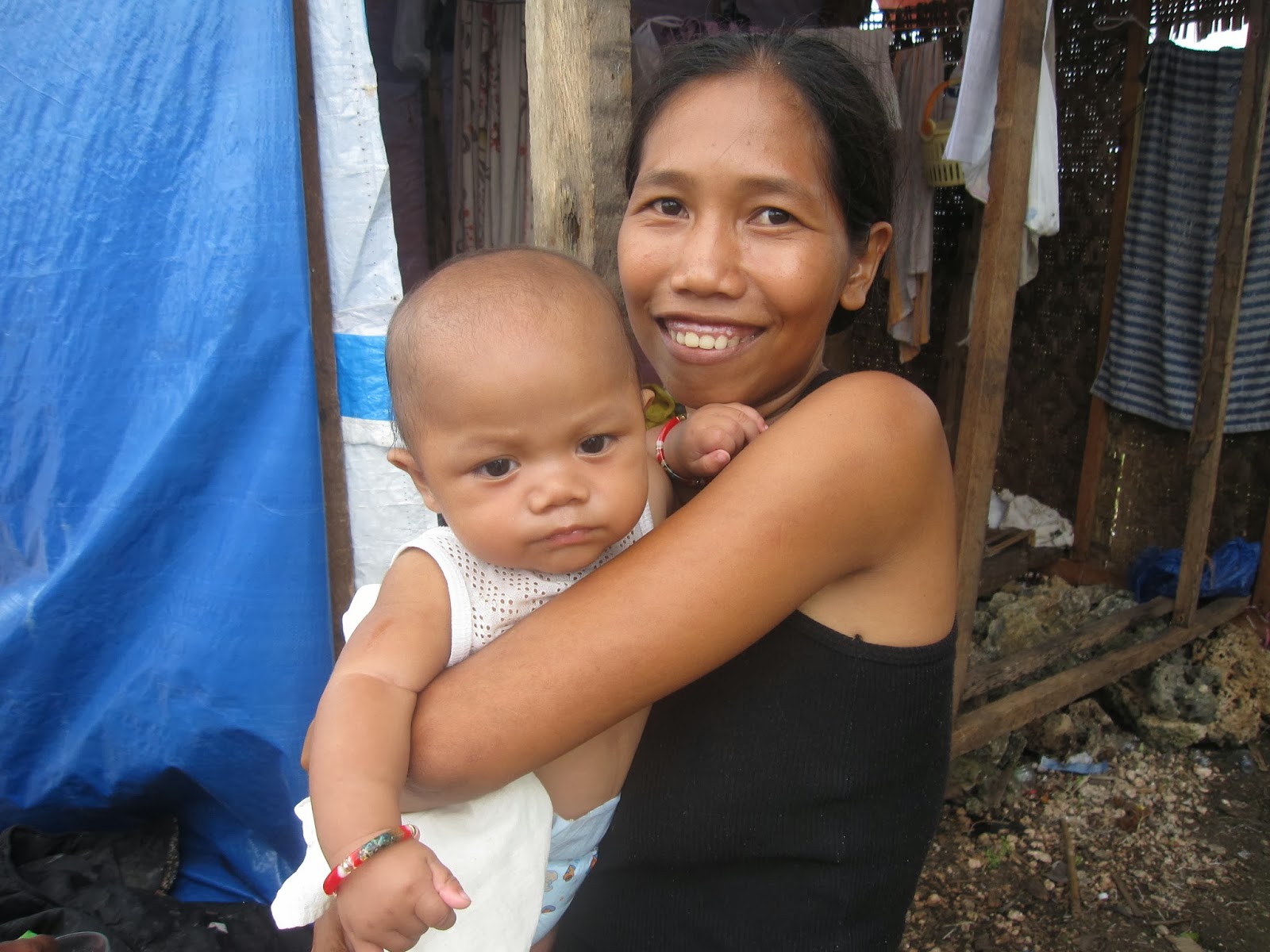 We also met up with Jimmy, the chainsaw operator. Unfortunately, the chainsaw was out of commission with a broken piston ring. We have ordered a new part and hope to have it back in use in 2-3 days. That chainsaw has probably had the equivalent of 6 months use in less than 1 month!

A lot of this visit was spent organizing with Sally and Wilma regarding the construction of the first 5 homes. Bamboo can’t be ordered from the lumber yard so a separate supply for that needs to be located. The bamboo is used to make the floor. It is cut into strips about 1-1 1/2 “ wide and nailed to the sub floor. This takes time to get done, but hopefully when our first 5 homes are ready for the flooring, it will be available.

We headed back to Cebu City on Wednesday afternoon. For me it was an eventful trip as I drove from Tabogon to New Mandaue (the first subdivision as you enter Cebu.) Don’t think any dogs, bikes or people got hurt. I now know why they use the horn so much here though, without it people just stay in the middle of the road. The horn is their signal to move aside. It seems to work pretty well and there's no where near the amount of road rage we see in Canada.

I was "home" (my home away from home home) for 2 days and then headed back up to Tabogon. Along with checking on the delivered lumber, I also took part in delivering 10 house warming gifts for Mike’s first 10 homes. Basically each family got new plates, bowls etc. which will making eating a bit more pleasurable. Through Mike’s generosity, we were also able to purchase 250 kilos of rice which we divided into 2 kilo bags and delivered them throughout the area. A British lady, Sue, and her helper, a Filipina from Manila, Anna-Lynne, were also there and had brought up a lot of different things to give away. These things included diapers, clothes, stuffed animals, toothbrushes, and toothpaste. Over the next 2 days, all of the items were distributed to whatever families we happened to cross paths with.

During these 2 days along with distributing goods to the people who needed it, we also experienced some very special moments. The first happened in San Vicente. We will be building 1 of our first 5 homes in this barangay so wanted to meet the people we were building it for. It was for 2 single women: one who is 75 years old; the other who is 86 years old! Since Yolanda, they have basically been living under a tarp amid the rubble of what use to be their home. They were extremely thankful that they would be getting one of the first homes. 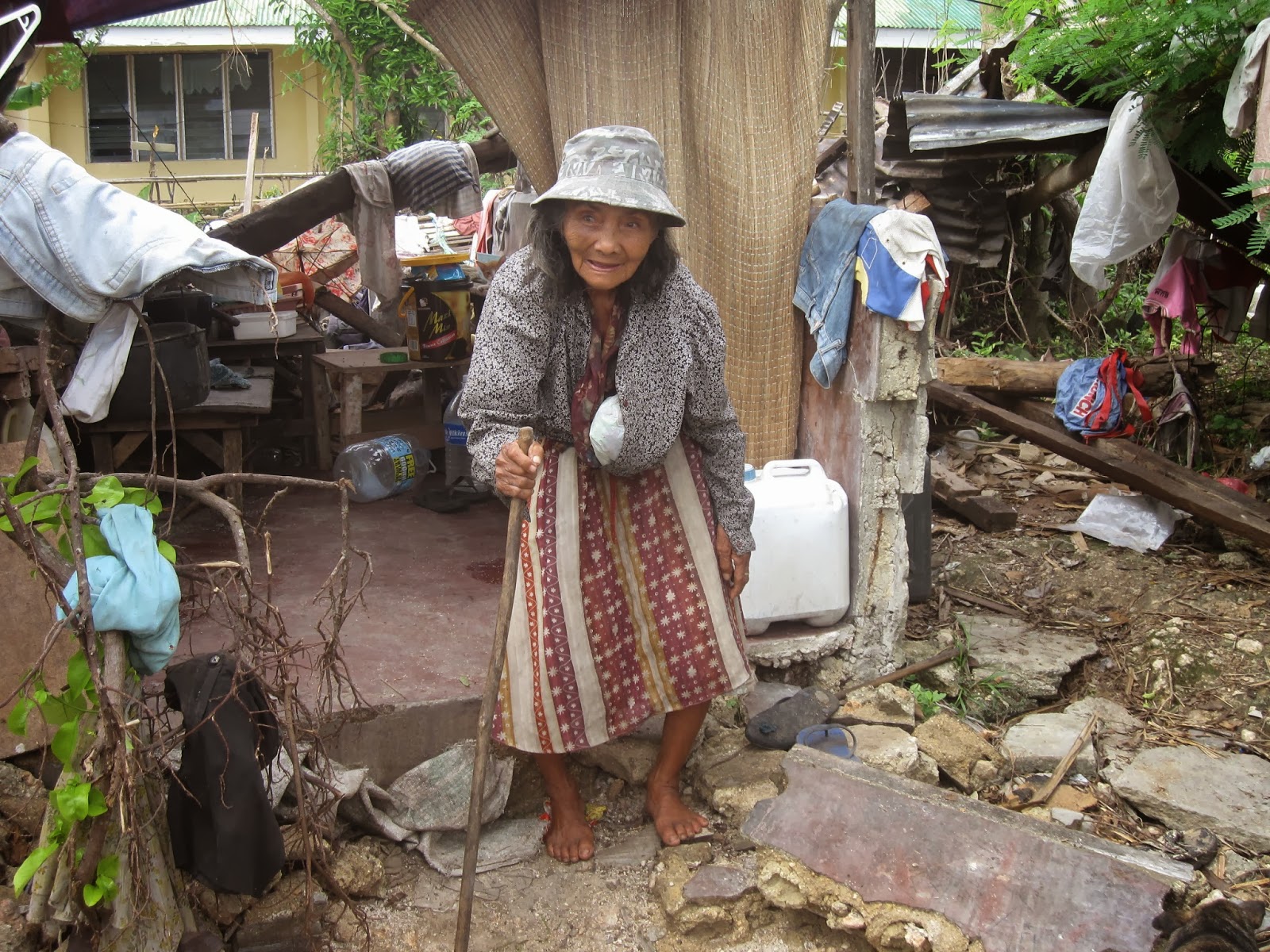 As we headed back to the village square where we were parked, the ice cream man just happened to be peddling his bike into the area. It would have been impossible to just buy for a few of the children so Sally and I bought his entire cooler full of treats. As it turned out, there was just enough in his cooler to make sure everyone who wanted ice cream got some. I think Sally would agree that the 500 pesos each that we spent was probably the best 500 pesos we had ever spent! Not only did all the children get something they don’t usually get, but the ice cream man sold a week’s supply of his product and, to top it off, also got a 2 kilo bag of rice!

The other special moment happened on our last afternoon there on December 22nd. I mentioned in my last update about the young blind girl we met so this morning we were going to visit her in Salag. During my trip of December 7th, Sally and I decided to go in together to build her and her dad a new home. Visiting her would give us a chance to get the construction underway. I am happy to report that she will no longer be referred to as the blind girl, but from now on she will be Sheila-Mae Compia. It was great finally knowing her real name! Knowing that was special enough but that is only a small part of what we were going to enjoy.

Sally was talking to her about a special gift that was being given to her by Sue, a radio so she could listen to music. You could tell that she was very pleased to have gotten it. I should note that the first time I met Sheila-Mae, she barely spoke a word. I’m not sure what Sally said to her but the next thing I know she is singing a traditional Christmas Carol in English! Her voice was amazing and I think the whole group of us were in shock. Well to top that off she then sings My Heart Will Go On by Celine Dion & she sings it beautifully! Along with our group of 7, there were about 20 local villagers gathered around. When Sheila-Mae was finished singing, there wasn’t a dry eye in the place. I now had the best Christmas present I could have ever dreamed of and a memory that will stay with me the rest of my life. 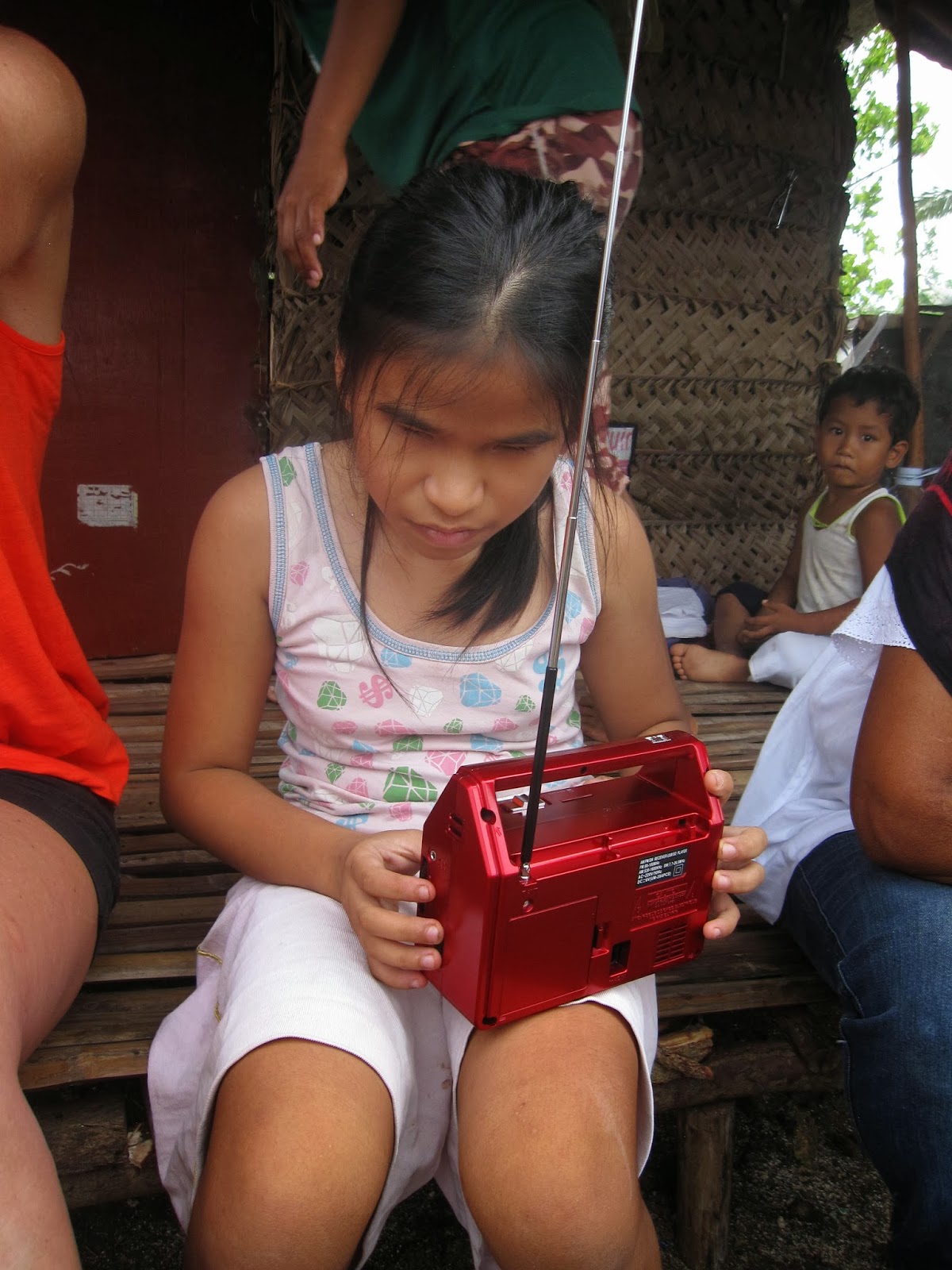 I will have about a week of down time to rejuvenate the batteries and play a few games of golf. My plan is to head back up to Tabogon on January 2nd and stay up there for a week or so checking not only on the first 5 houses but also on the progress being made on Sheila-Mae’s home.

This has truly been a Christmas to remember!