Before I share today, I will just sum up what happened yesterday post blog. First Rick and Heather's luggage safely arrived. After that we went out for dinner then and everyone headed to bed early. I think this photo really shows how exhausted we all were: 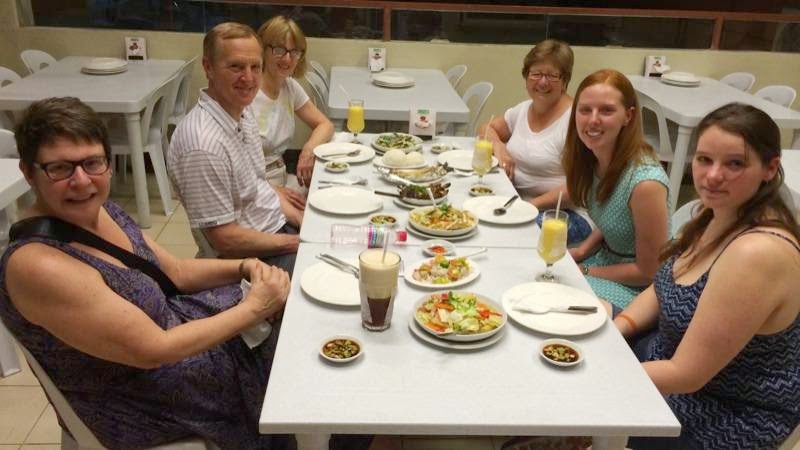 This morning we met for breakfast at 7am. Everyone slept well and was ready to start the day. Our task for today was to do a "feeding" with the Rise Above Foundation. This is where we help cook and serve a meal to the children from the area that use the foundation's services. This also gave us a chance to see and support one of the many programs run by the organization we would be working with.

Jenny and Gabe picked us up at 8am and took us to the centre. It is in a field with housing surrounding it. Jenny wanted to take us to see the community and the people they served. Walking into the neighbourhood was surreal. It was everything one expects: housing made of corrugated tin, children and animals everywhere. As we entered, we were greeted by someones stereo blasting "Impossible Dream" over the community. The juxtaposition of such poverty with this song of hope just intensified the sites and smells around us. We also felt a bit like voyeuristic wandering through people's community peering into their homes. 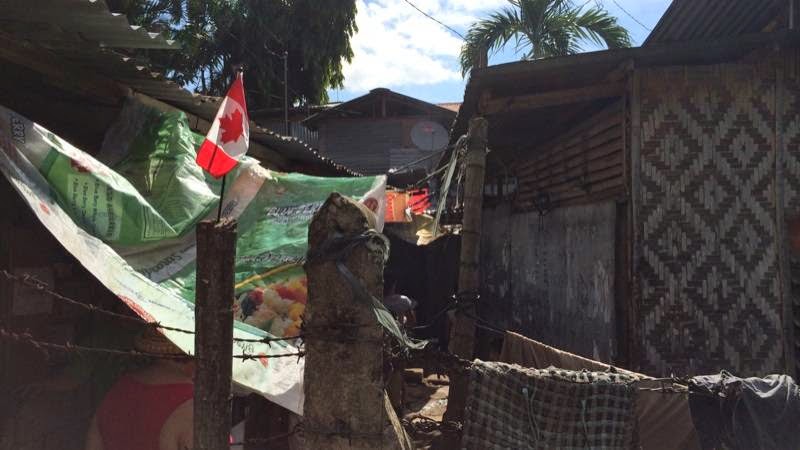 After that we returned to the centre to work on the meal and make kits of pencils and erasers for the children to use a school. I feel like a picture is worth a thousand words here so enjoy our cooking process: 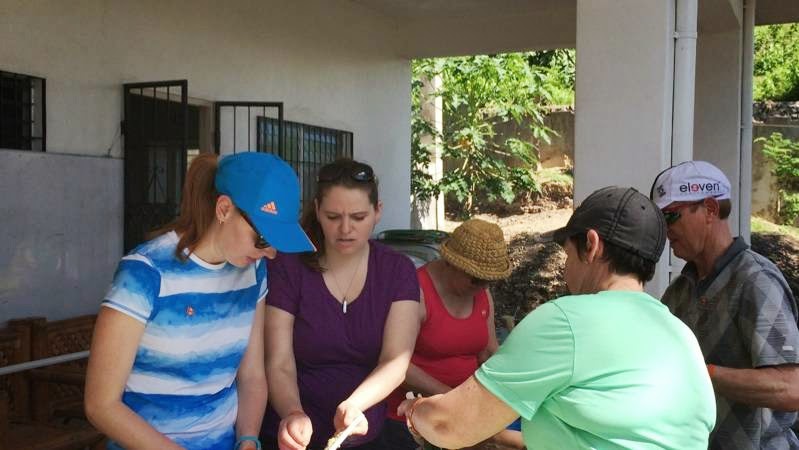 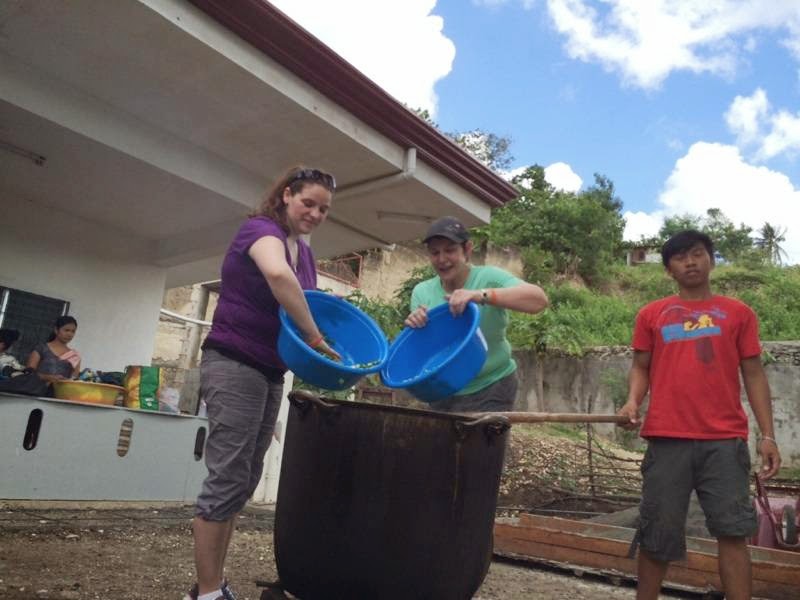 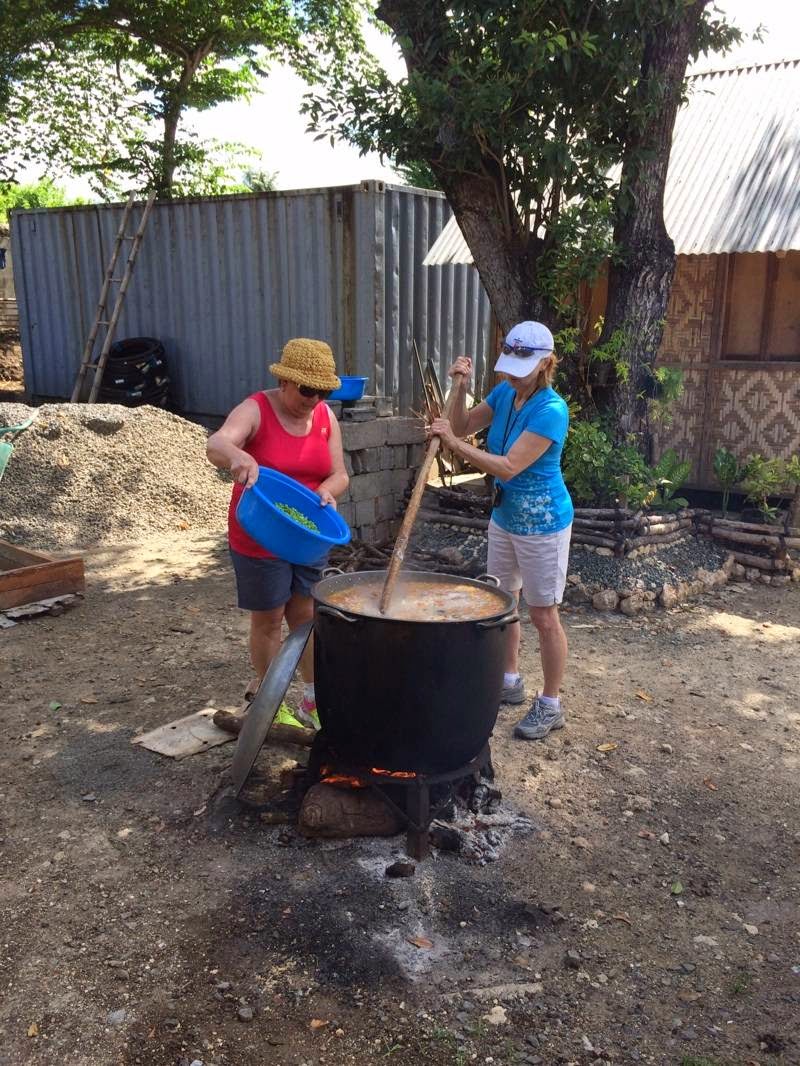 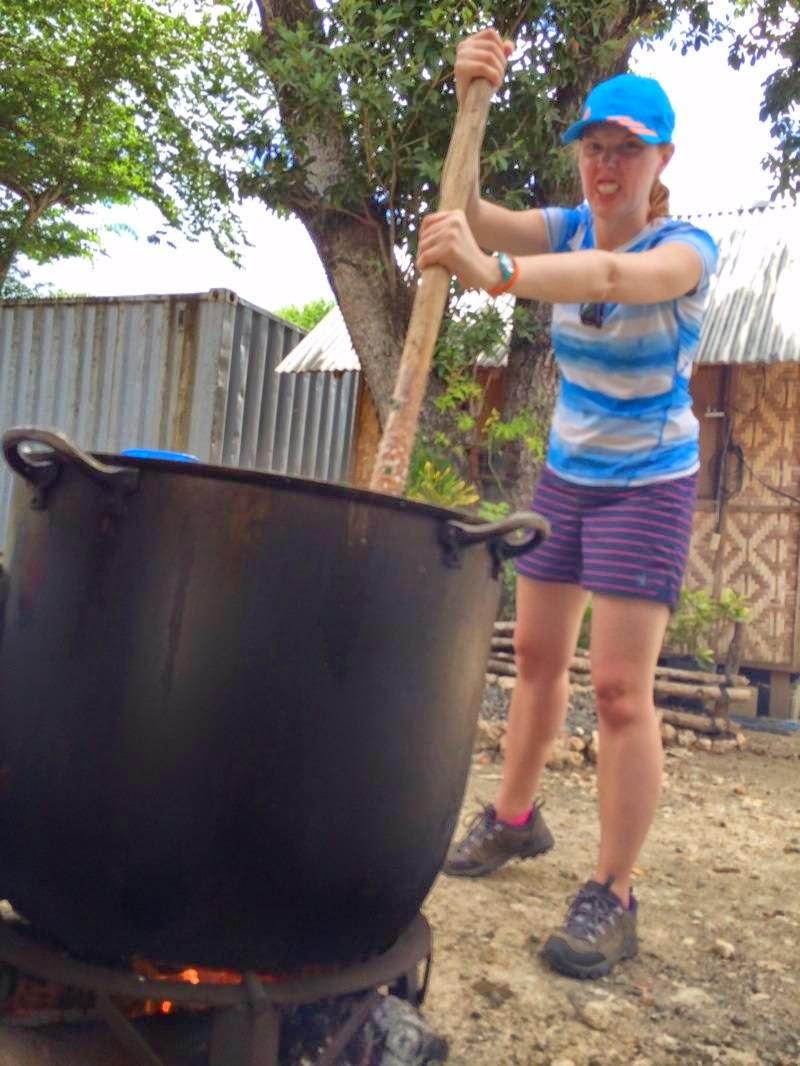 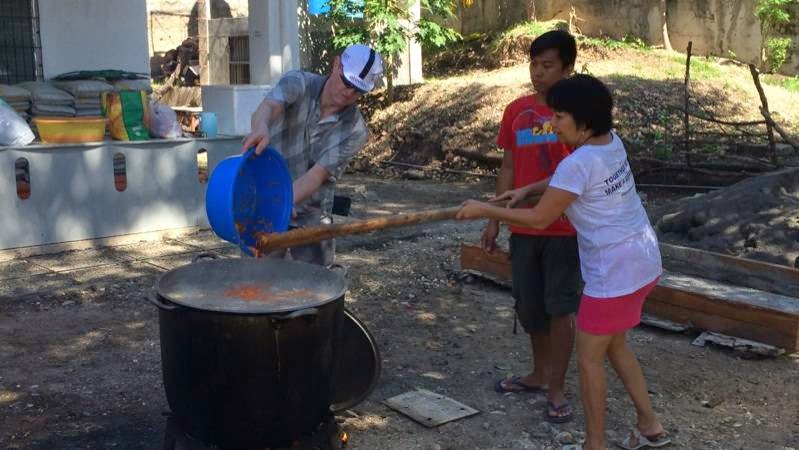 It's Debbie here, helping out with the blog. The pictures may not clearly depict what the finished meal became so let me describe. A delicious, nutritious thick rice soup with finely chopped vegetables, ginger and ground beef.

There is a very strict organized protocol. Jennie had distributed meal tickets to the children in the community the day before. 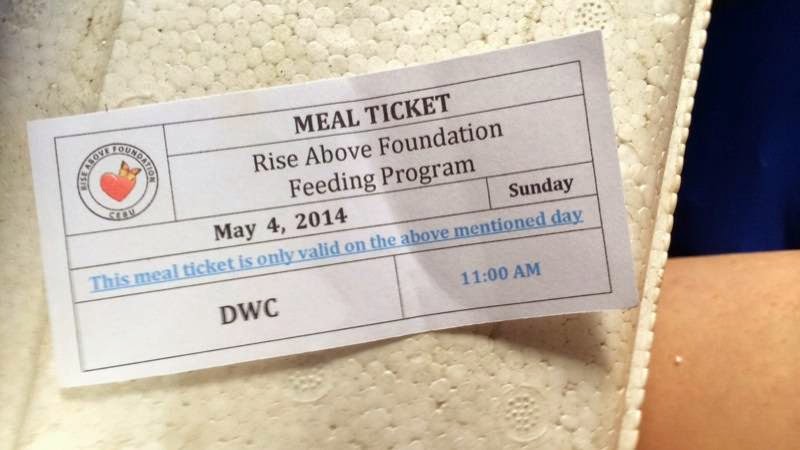 The children began to line up at the gate to the Centre about an hour before they were served. Little boys were peaking through the bottom of the gate, so cute! 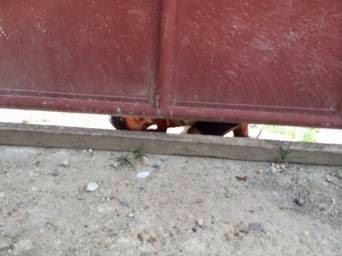 You'll see from the picture it looked like a cauldron. It was dispensed into tubs and placed on a table at the centre's entrance. The gate opened and ten kids were admitted at a time. One ticked equaled one mug scoop into whatever they had brought to hold it from sturdy containers to plastic baggies. Some were as young as three. 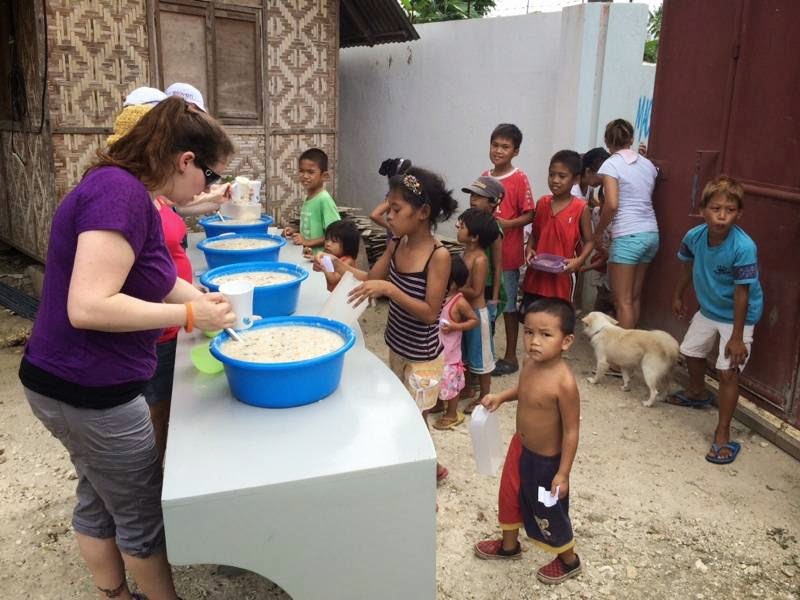 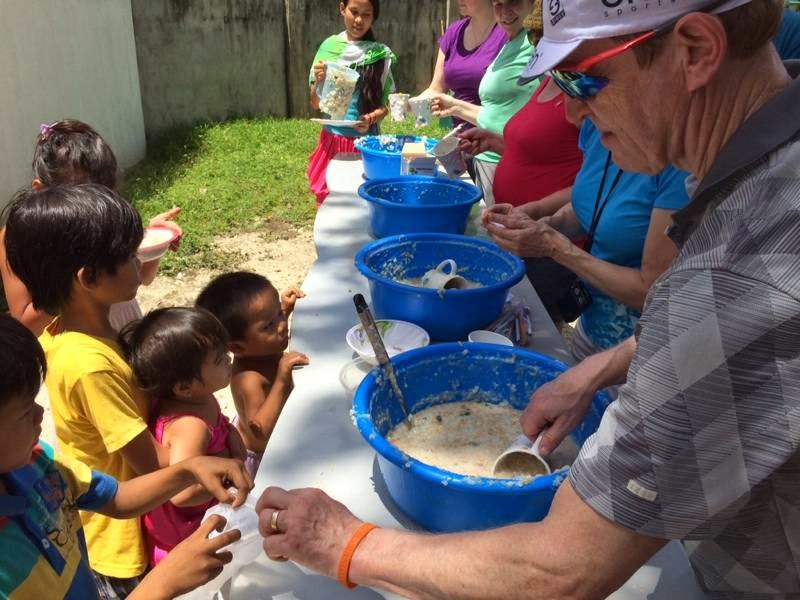 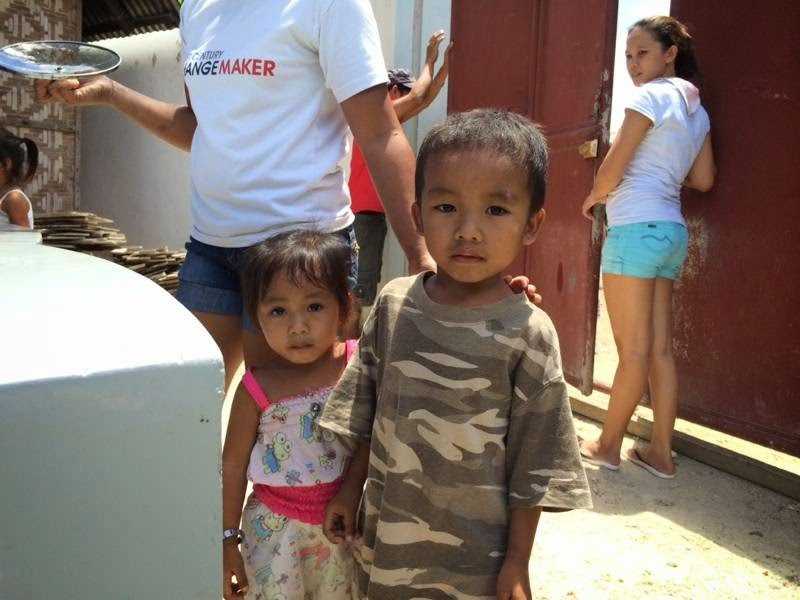 By 11 am there was little soup left so we grabbed a ride back to the hotel with Elizabeth who shared the background and history of rise above. After lunch nearby, we headed to a local fancy hotel's pool to cool off and grab a little R&R. After going back to our hotel, we headed out for dinner. Now we are off to bed and an early start tomorrow.