We left early for the Jatan office in Railmagra, where we had breakfast of corn flakes (in hot milk), poha (rice flakes), and bananas. Then we visited our project site for the first time. This is where we are to construct a community washroom for women over the next several weeks. However, as of now, all that is present is a plot of dirt with few linked narrow canals dug in.

We dug in the morning in 40+degree weather, took a chai break after 15 minutes and went back to work before lunch. After lunch we rested and resumed clearing the canals of dirt. Tomorrow we will be laying bricks and cement to construct walls. 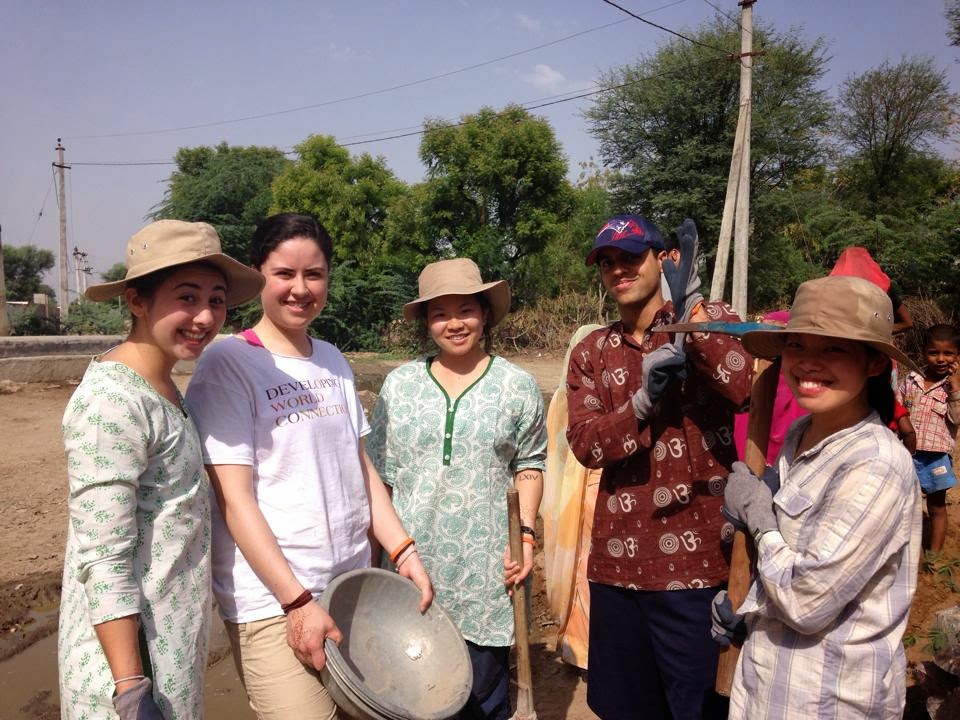 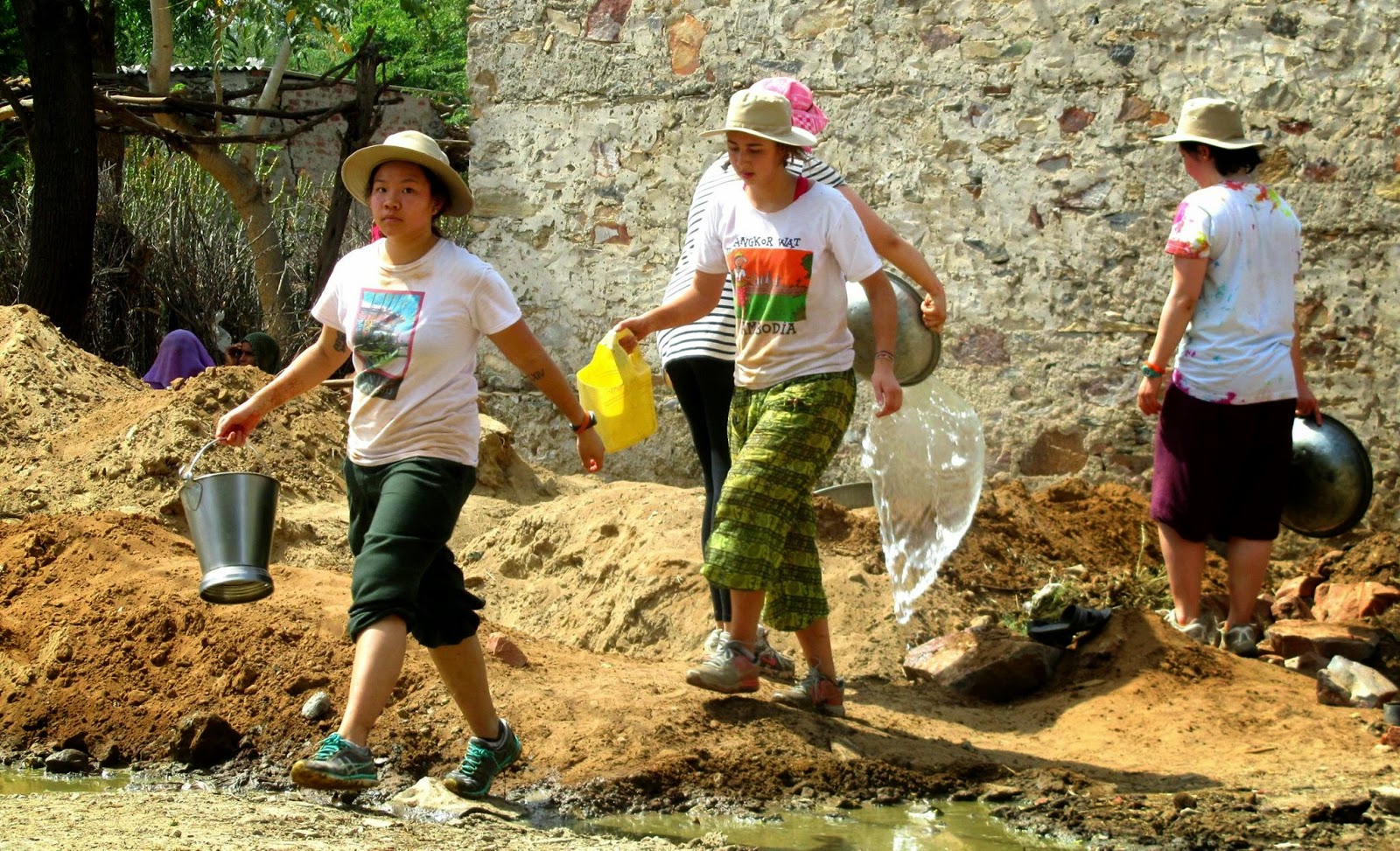 While we were working some local children came to watch us. They are on summer break from May until July. When we took a rest under a large tree, we made some new friends and taught them how to play Stella Stella Ola and then they sang ABC for us. 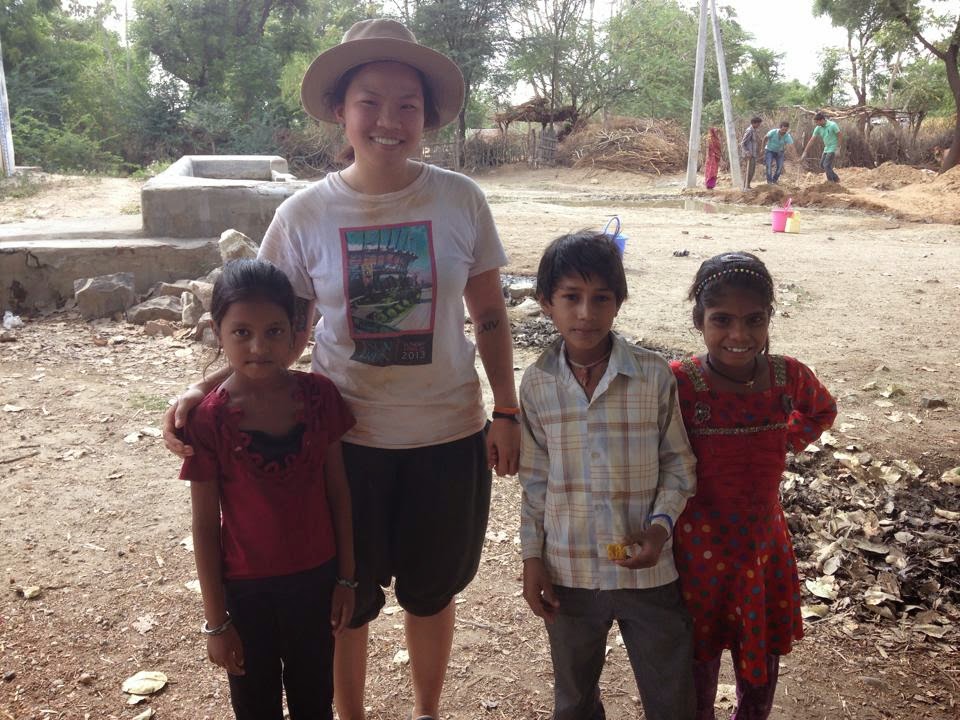 We waved goodbye as we walked to a nearby house in the village of Morra to sit in on a youth meeting, a project sponsored by Jatan. The meeting happens once a month for children as co-curricular learning and a chance for them to learn social and personal responsibility. These kids are told to look up to leaders such as Gandhi to stand up against injustices they may experiences in their families and villages. They attend government schools where some teachers do not show up or teach according to the curriculum because they are paid either way. The youth group aims to let children know that they deserve a proper education and that they can speak up if their teachers are not teaching.

On the road today, we picked up a small turtle and saved him from getting run over. We named him "uger" like the Jatan initiative because we gave him/her a "new beginning". We also saw part of Indian wedding as village women paraded down the streets singing and later there was load music and celebrations. Our guide Chirag G tells us it is wedding season in Rajasthan. Fun!

Later in the evening, we rested and snacked on chai and Parle G glucose cookies. They taste like baby cookies only more tasty, especially with chai.