Where to begin...Little did we know when we set out for our weekend adventures, that we were in for quite the bumpy ride...literally. We knew that we wanted to see the Taj Mahal this past weekend. Since Agra, where the Taj is located, is quite far from where we are working, we split up the journey, travelling to Jaipur first.

On our drive from Railmagra to Udaipur, we saw a camel in the middle of the road! As our car approached it began to run, and we were literally chasing a camel in a car for 10 seconds. Then we saw a herd of camels on the side of the road. It felt like we were in a jungle safari and we could not stop laughing for the rest of the drive because of how odd the experience was. Only in India!


We set out Friday night from Udaipur after a light meal savouring the local pizza (which you should always double check is not spicy!) We were heading for Jaipur (about 9-10 hours drive) from Udaipur on the (drum roll please) infamous sleeper buses. Not knowing what to expect, we were a little apprehensive, and rightfully so. We got on and immediately knew it was going to be a long night. The bus was packed and hot. Sleeper buses are a popular way to travel in India and consist of double decker 'sleepers' or little closed cubicles where you can sleep lying down in either a single or double. Using the pillows provided is not recommended. The 6 of us had booked 3 sleepers, but one of our sleepers was double booked so sadly myself and Vikas had no place to go. We decided to let the couple who were already fast asleep in our sleeper stay so I ended up bunking with Vita and Ana on a bottom sleeper while poor Vikas sat on the one seat in the back enduring falling luggage and a constant stream of people getting on, who were, not to our surprise, also double booked. I was amazed at the family of 4 who shared one sleeper with their young children. The ride was so bumpy, it wasn't rare to bump your head even while lying flat in the sleeper. Gravol, movies on our laptops, and an iPod were our survival kit for the rough night. Also, there is no toilet on the bus, so be sure to jump out at stops.


We finally arrived in Jaipur to the smell of urine, lots of dust and tuk tuk drivers swarming us asking if we wanted a ride to the hotel. We all piled into a tuk tuk, two of us in the trunk, and arrived into our hotel for a much needed morning nap and the first hot shower of the trip. Spent the day purchasing our return train tickets (quite the adventure in India!), visiting a beautiful temple, fort, palace, and finally shopping till 9:30pm.

Sunday morning, we set out at 6am for the Taj Mahal which was another 5 hours from Jaipur. We had hired a driver for the weekend through the hotel, which was a great way to travel all weekend, not to mention very affordable. After a breakfast of omelettes, we arrived in Agra. It was wildly hot, but packed nonetheless at the entrance to the Taj. We could barely believe we were about to see the Taj Mahal! As we walked through the main entrance, the top of the Taj came into view and we immediately pulled out our phones and cameras to capture the amazing moment. If you're heading to the Taj, we strongly recommend you get a guide. Our guide was able to steer us clear of pick pocketers, crazy crowds, and take us through giving us a basic history. We learned the Taj is an ode to one king's wife who died in childbirth with her 14th child. It took 22 years and 22,000 labourers to build, and it truly is just as beautiful as what you see in photos. We were all amazed with the beauty of the white marble in the bright sun. No filter needed! 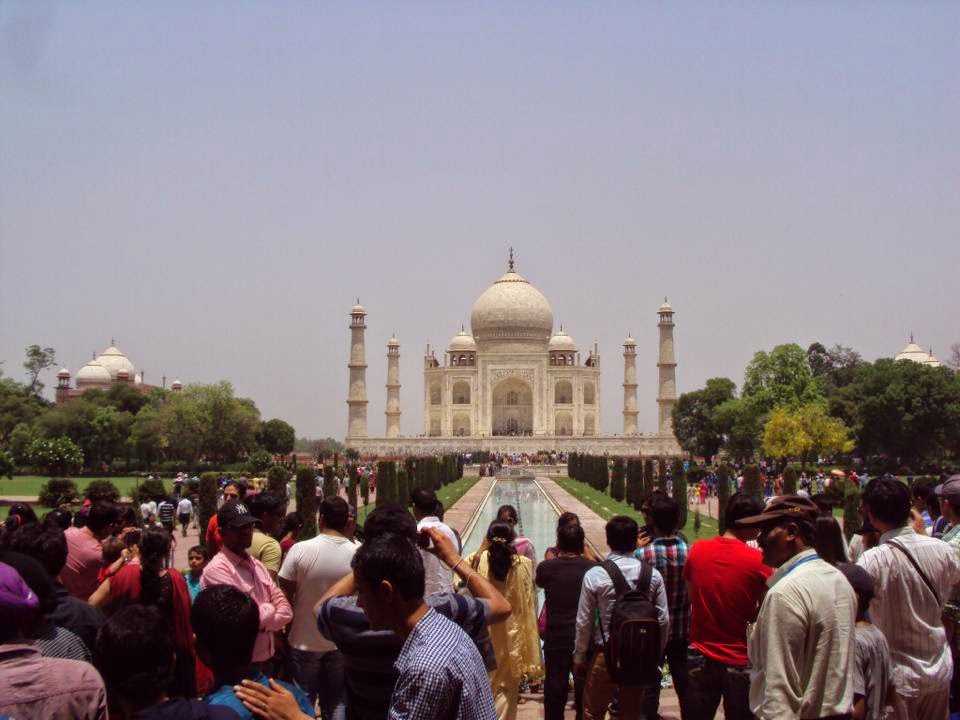 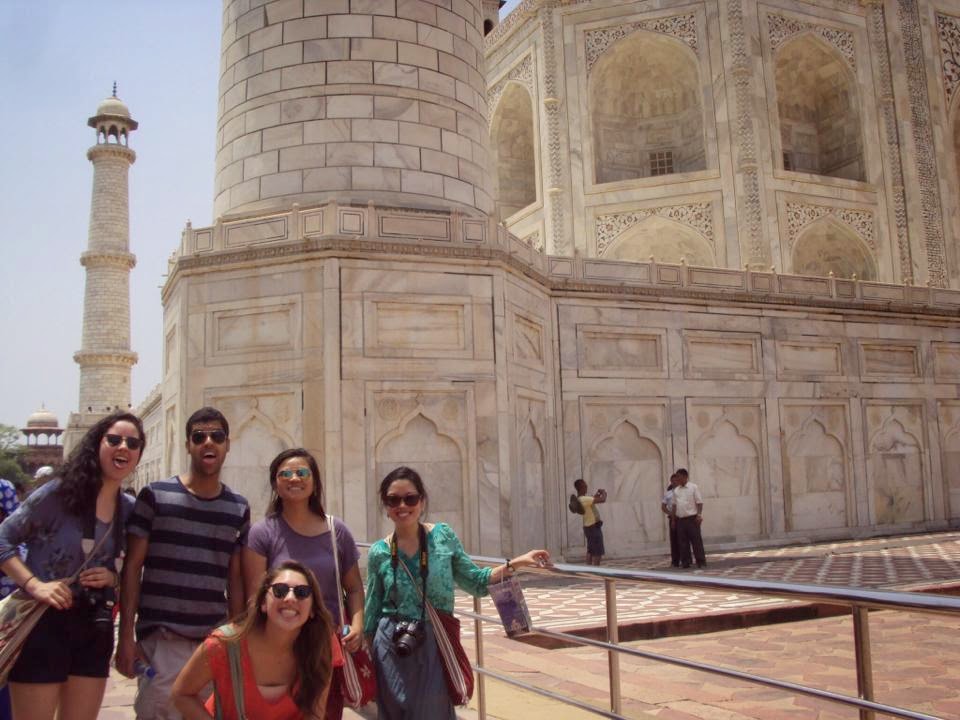 We spent the evening traveling back in the AC of the car to Jaipur and explored Fatehpur Sikri on the way. Needing to be back at the construction site Monday morning, we vouched for taking an overnight train back to Udaipur. Not even the sleeper bus could have prepared us for the sleepers on the train. Unfortunately, we had booked our train tickets too late, so any AC cars were already booked and we were relegated to the sleeper class. Due to the large population, first class train tickets need to be booked months in advance. The sleeper class train consists of 3 bunks one above the other on two sides of train. Open air, lots of people, and loud blares from the train may keep you up but otherwise it was both terrifying and exciting to ride with the locals.

We arrived Monday tired but impressed that we survived the ride and ready for the day ahead.