Today was the first, of many, goodbyes of the trip. But before that, we all enjoyed Eunice's last day in India, trying to keep a positive attitude despite being sad about her leaving. We didn't really do much the first part of the day, as we had to wait for machines to fill in the wall we had made with dirt. The wall we built is only the base where the floor will be!

After that, Chankar Ji rolled up his pants, grabbed a water hose, and jumped in. At first, we all thought he was crazy, but soon enough Chirag joined him. After that, there was no stopping us! We all joined in the craziness, jumping around in the mud and trying not to fall into the deep ends of the (very dirty) "pool." Even Nerayan, Pooja, and other kids from the village joined in, helping us eventually succeed in tackling Eunice and Chirag into the mud! 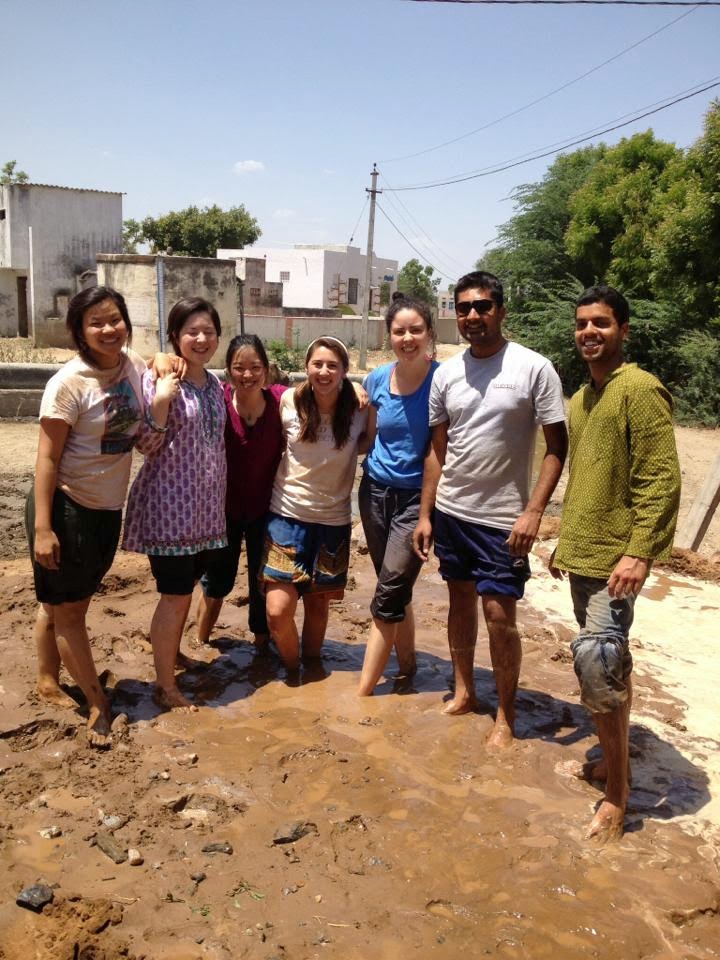 After that, we all gathered around Eunice, as she was given the honor of placing the FIRST brick. While she was posing for a picture with the brick, Berulaal grabbed it and placed it himself. Though anticlimactic, it was a memorable moment of the construction.

After saying goodbye to Eunice, we all teared up in the car on the way to Kumbhalgarh Fort while reading the nice notes she had given to each of us. We got there and it was breathtakingly beautiful! The views of the city on one side, the rolling mountains on the other side, and the wall that lined them was amazing! 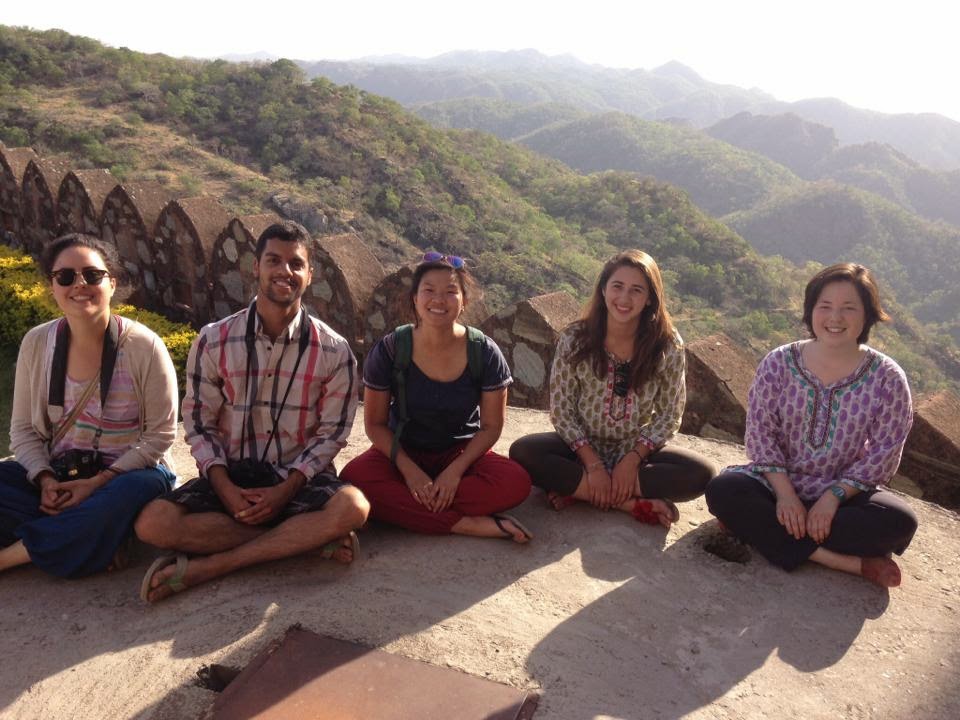 The fort itself was also incredible, with the towering buildings and the magnificent carving on the walls. We all stayed there, awe-struck, for a good while before attending the famous "Light and Sound Show" of the fort; this consisted of a narration of the Fort's history (in Hindi of course) and different parts of the enormous fort lighting up with it.

We had a delicious dinner and stayed up talking with Chirag and Azad, reminiscing about all the good memories we have created on this trip and crying of laughter at funny moments, which have been many!