After a fun-packed weekend, we started the day off early since we had to head back to Banediya to continue on the construction work. Sadly, we had to say our final goodbyes to Chirag before leaving since he was leaving later that day to his trip to Mauritius! We all promised that it would not be a goodbye forever though, just a see you later. Vita, Vikas, Ana, Mariana, and Azad then rode all the way back quiet, absorbed into our own thoughts with sad-movie music playing in the background. The car felt empty with Eunice, Vienna and Chirag missing.

We finished two rounds of construction, one before lunch and one after lunch. We are finally making visible progress and we get to start laying bricks which is much less technical than fitting stones and cement together like a puzzle to build a foundation (which is what we had been doing for the past week and a half).


In the late afternoon, Jatan threw us a farewell party where all the staff, construction workers and representatives were invited. It was nice to formally talk about our experiences and share some funny and inspiring stories over a cup of chai and some handmade sweets. We were given a traditional Rajasthani farewell by receiving scarves and tikis (small red dots between the eye brows or the position of the "third eye"). To our surprise, our group was also interviewed on camera for the local news. 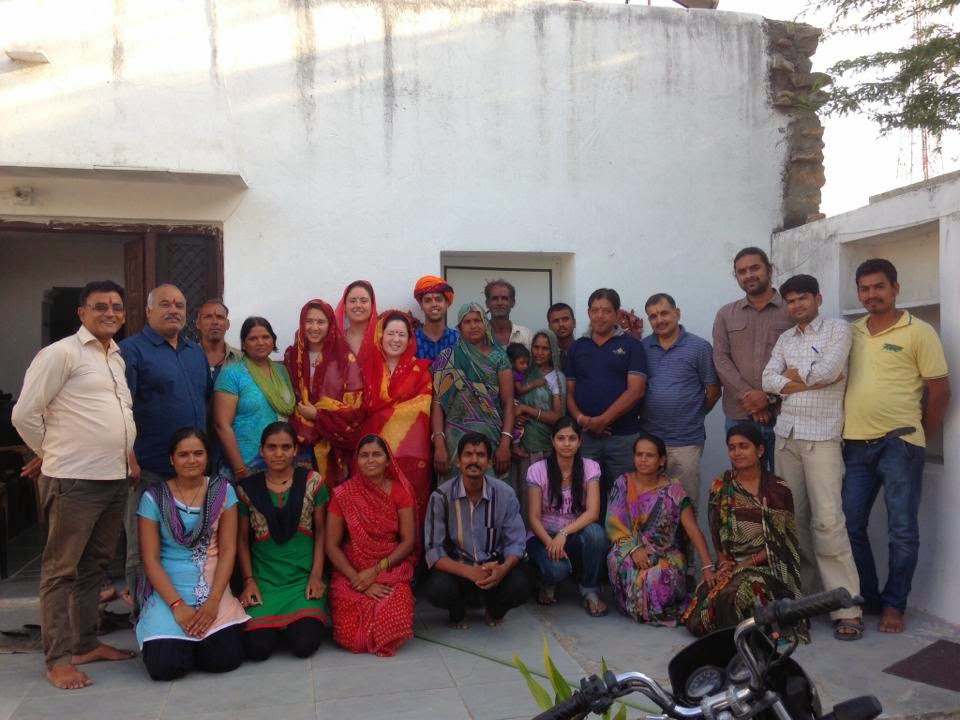 Although we held a farewell party, we decided that we want our work tomorrow since we have one more day in Banediya before heading back to Udaipur.