We awoke to torrential rain and thunder, but hoped that things would clear and we drove to our work sites this morning.  It looked like our hopes would be fulfilled as we saw a few glimmers of blue and the precipation subsided for a little while.  When we arrived and parked the van, the little pond we needed to cross was swollen and the palm log was insufficient to cross. The homeowner graciously waded out into the pond barefoot (clearly thinking, "What's up with the American's that can't get their feet wet") and placed another log to bridge part of the gap.  The last few steps were still tricky, though, much to the delight of our spectators.

We each split up into our two groups and headed over to work.  Just the senior sister was home at our project and she was very happy to see us again.  Vy told us the day before that she was 49, but she looked easily 60.  She doesn't know a word of English, but we're all trying to communicate and learn a few words--Winston most of all.

We bailed our cement pit of water--it had about two inches of standing water in it from the rain--and were close to beginning to mix concrete when Jay pointed to the Southeast and we saw a squall line incoming.  We waited for almost two hours for the weather to clear, but we never go to the point of being able to mix concrete and go to work.  Vy translated for me as I spoke to the woman of the house and senior of the three sisters that we met the day before.  She said that five lived in the house, plus the grandmother who often slept there.  This included her daughter (teenager), her youngest sister who had a small baby, and her son.  All three of the sisters were widows.  The youngest had just lost her husband recently, while the oldest had lost her husband in conflicts with the Khmer Rouge after the 1979 liberation.  She said that her husband had been in the Army and had died shortly after their daughter (youngest child) was born.  The daughter looks like she's about 16 or 17, so that would put his death sometime in the late 90s.  She also said that her middle sister just lived a few kilometers away and visited often.  I asked who worked the rice fields that surrounded the house and she said that she did most of the work.  Having seen her use the hoe to dig the day before, I believed her! She also pointed out her well that had been built four year before with contributions from a Cambodian restaurant in California.  Looking into the well, you could see that the water table was only about a meter down.  Still, they got all of their water from it. Vy said that any drinking or cooking water is first boiled, though, and since it tastes so bad they usually only drink it in the form of tea.  (Photos) 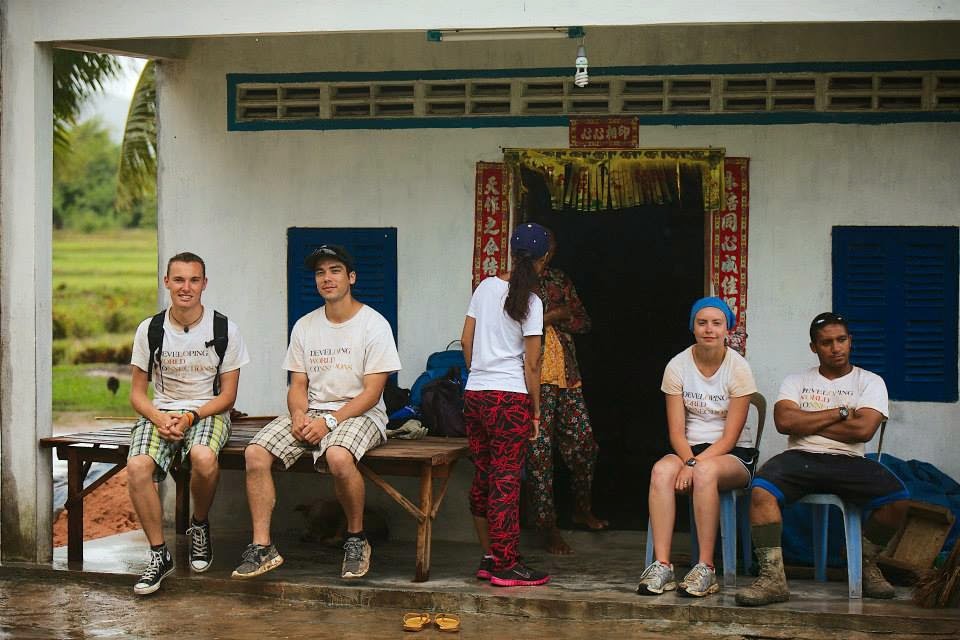 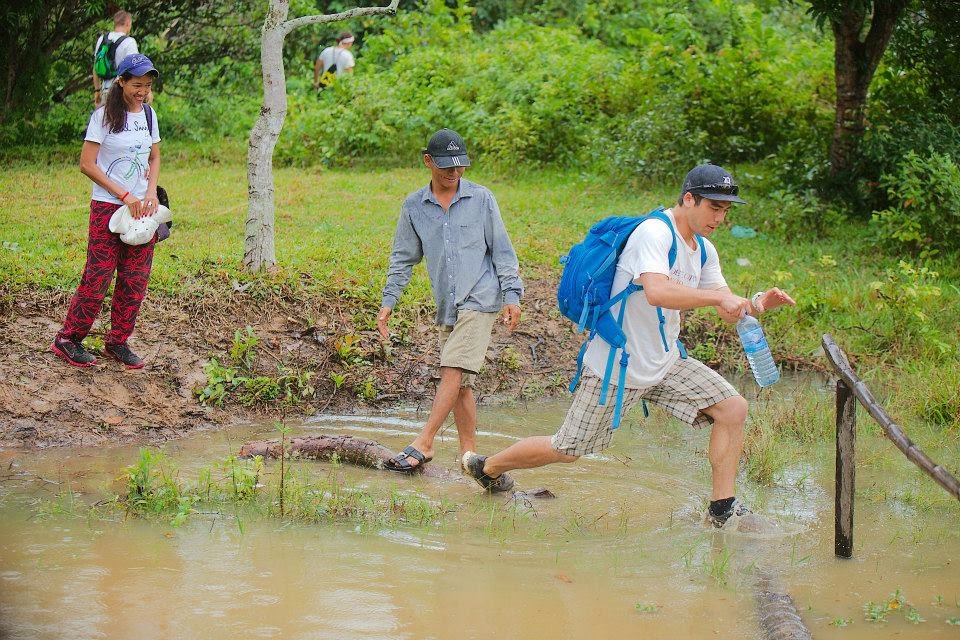 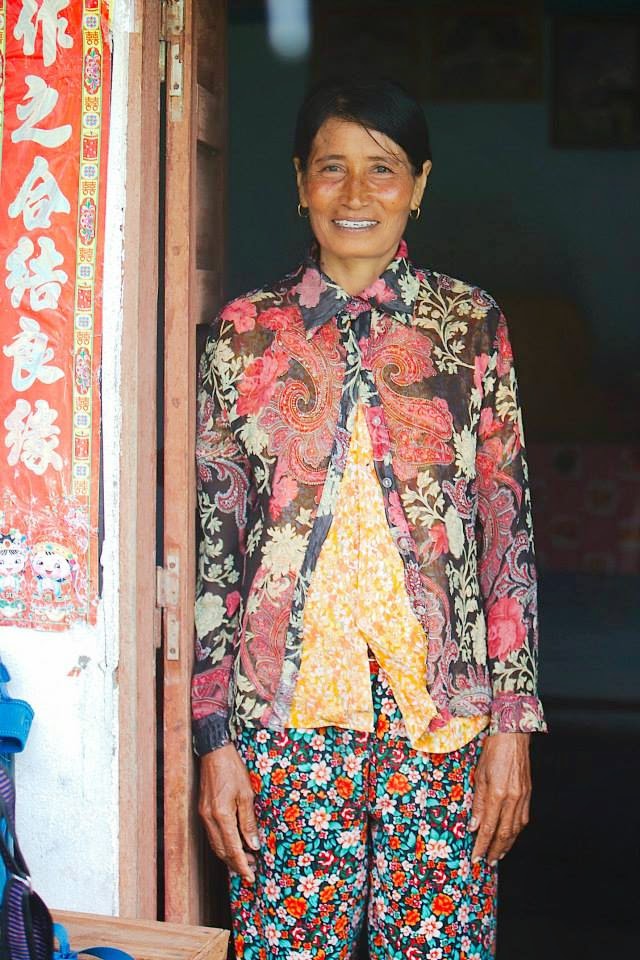 At about 1030, we decided to just go to the Vines, tour the peppercorn farm, catch an early lunch and hope things would clear.  Lunch was again fantastic with a fish and tomato soup and some stir-fired veggies. We are eating healthily here.  Soon after we started eating the weather seemed to clear and we went about a half hour without a sprinkle.  Vy called Mr Song and we packed up after lunch and headed back to work.  I did get a chance to take some pictures of Dan's friend, Savorn, and his 18-month-old son which I liked a lot. (Photos) I also took a lot of flower shots... (Photos) 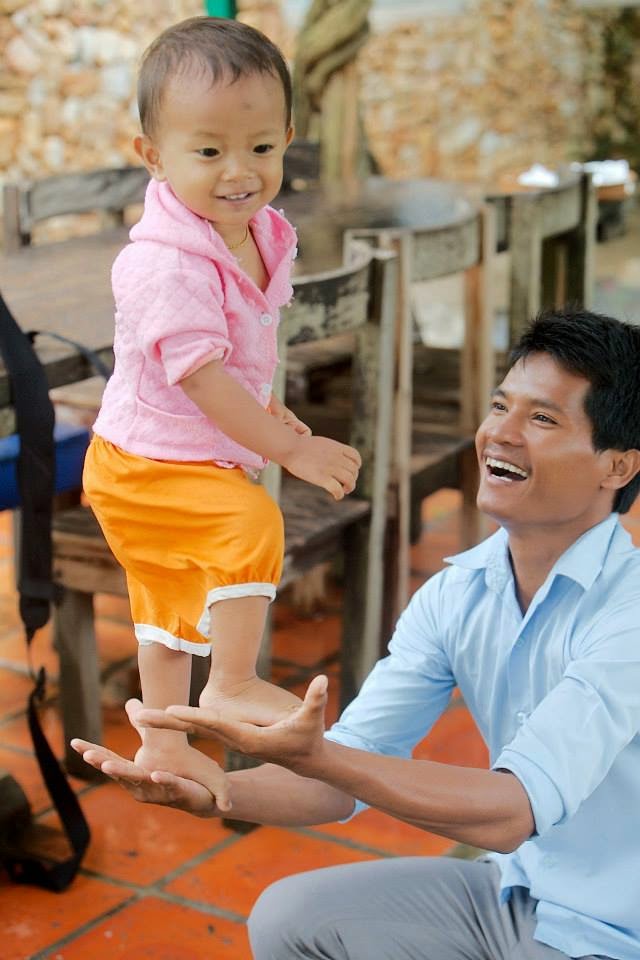 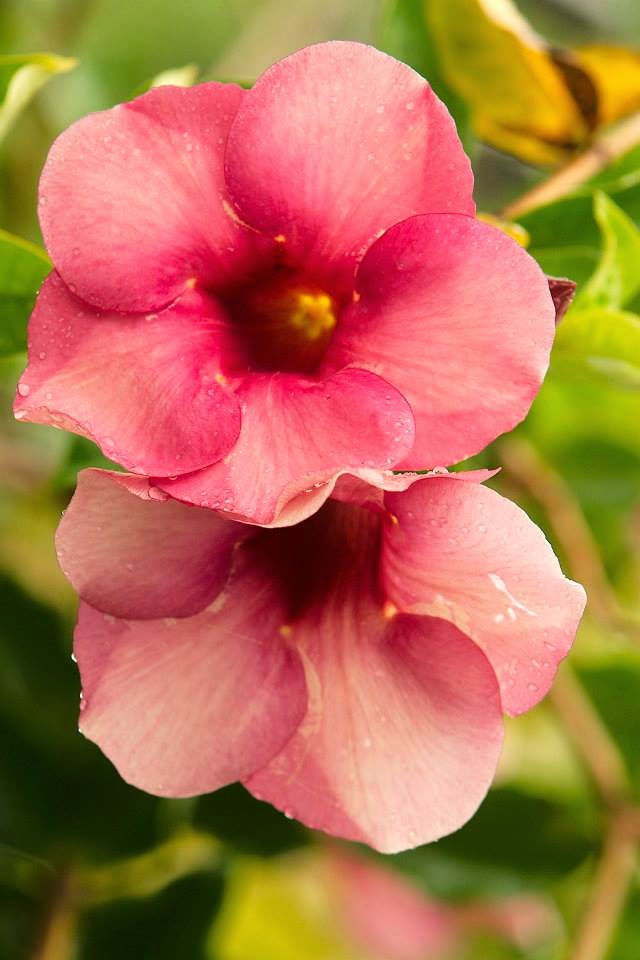 When we arrived back the work site, the water had gone down in the pond and we forded it easily.  It wasn't raining, so at our site we bailed out the new inch of water in the concrete ring and Annie and Winston wanted to start mixing a batch even though jay wasn't there yet to give instructions.  I cautioned against it and Dan agreed.  Dan pointed out that losing a full bag of cement was probably more costly to them that a day's work--the raw materials were relatively expensive--and that we should proceed without Jay's direction and some clearer skies.  Sure enough, about five minutes later, the skies opened up and it rained for the next 90 minutes almost non-stop.  We sat on the  front porch of our homeowners house and just watched it rain.  In the barnyard area, rain ran like little rivers towards the rice paddies that were gently terraced and connected with small drainage ditches to slow the flow between each and keep the young rice submerged by about three inches.  The rain just didn't let up.  We couldn't even get back to the work site for some time and when it slowed for a few minutes, it would recommence even harder than before.

By 1400, we just decided that we just had to call it a day.  It rained all of the way back to the hotel and is still drizzling as I write this.   The forecast isn't much better for our remaining days either.  We'd been lucky in the first week to get the work done with only minor interruptions for rain, but this IS the rainy season and our luck seems to have run out.  We're committed to doing as much as possible and will work into Friday morning if the weather allows.  Still, the cadets are disappointed and frustrated to have a task in front of them and not be able to get it done. (Photos) 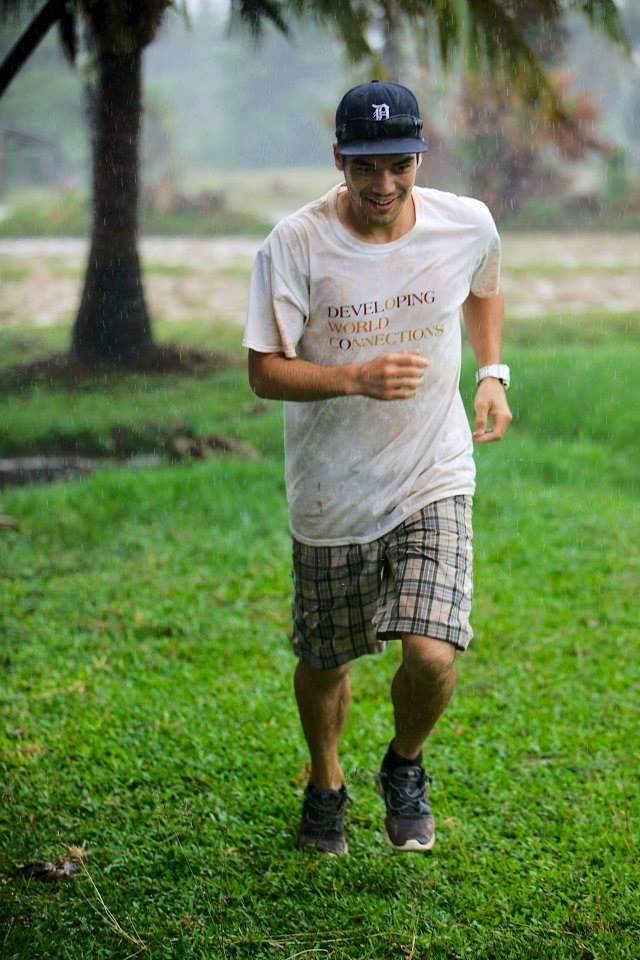 Everyone relaxed for about 90 minutes back at the hotel and we slowly congregated on the deck/cabana area to play some pool and cards.  There's really not much else left to do until the weather clears, so we'll try to make the best of it.
Here's today's slide show...