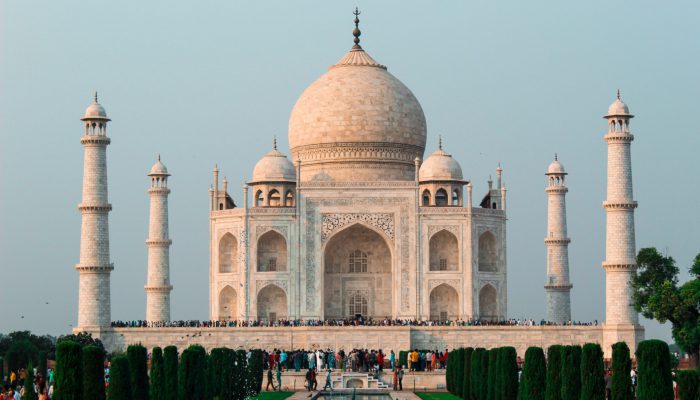 The adventure through the city of Udaipur continued today and our first mission was simple, to find crackers/fireworks. With the celebrations of Diwali only days away we wanted to be prepared, as well as show the locals that we want to be a part of the party. Despite Sunday being a quieter day on the streets, we made our way down the narrow, congested streets. Fast feet, quick reflexes and a little bit of guesswork are essential when it comes to navigating the Udaipur streets on foot.

After finding the right store and making a careful selection of crackers that are sure to impress, we set off in search of Celebration Mall. To aid the process we approached a couple of Tuk Tuk drivers to help us get to our destination. Without certainty that the drivers had fully understood our request we boarded and held on. With nothing more than a canvas skin for protection and open sides for an easy dismount, the Tuk-Tuk offers you the ride of your life. The experience is unlike any other as the wind rushes through your hair, you feel every minor bump in the road and you hold your breath at every close shave as you persistently duck and weave through chaotic traffic. The leather handles that hang from the roof frame provide nothing more than superficial comfort as the driver searches for any gap that appears big enough in the traffic, even if it happens to be on the opposite side of the road. However, the grins on the faces of the passengers (well, not all of them) is proof that this is a ride not to miss.

When we arrived at the mall, it stood out much like an oasis would amongst the less developed suburbs of Udaipur. In a land full of contrasts this was yet another example of have and have nots. Inside the mall was a wide variety of western shopping options. The opportunity to boost the local economy was quickly seized by a few members of the group and it looks like a few of us will be taking home some extra luggage.

Our Tuk-Tuk drivers had waited patiently for us while we had been in the mall, there was some doubt that they would still be there when we emerged. Their perseverance paid off as we asked them to take us to a restaurant of their choice. Following another white knuckle ride we arrived at a little place that we suspected belonged to some friends of our drivers. Once again it was a fantastic meal and we were pleased that the chefs had chosen to cater to our preferred level of spice (low)

Our final instruction for our Tuk-Tuk drivers was to take us back to the city palace as it was time for ice cream and some final browsing in the local market. There was one last visit to the tailor for Anya to pick up her jacket, after another fit it received the official thumbs up and the only question was how much room will she have in her bags for the journey home. We also received our delivery of crackers/fireworks prior to departing the hotel, we will surely be doing our part to celebrate Diwali.

The afternoon ended with a visit to the Sahyog office in one of the newer areas of Udaipur. We met with Heera and then proceeded on to his home for some tea. Heera’s wife had prepared some light snacks for us all and we filled the afternoon with good conversation about Sahyog and their programs within the community.

We departed Udaipur and drove back to Bhindar where Tommy and Denise could finally be welcomed to the Palace with the traditional bindi and lei. It was only a week later than the rest of the team; however, they were both happy to finally be here and soak up the atmosphere and hospitality at the palace. We indulged in some outdoor dining and many of the team readily took the opportunity to have an early night following a busy and thoroughly enjoyable weekend in Udaipur.

Now, as I sit writing the daily blog, I have the dulcet tones of the royal family echoing throughout the palace courtyard as they partake in some late night karaoke. The group has been invited to participate later in the week. I think we had better start warming up our vocal chords.