We arrived on site and there was a small foundation for a latrine already laid out by some of the skilled trades people that were hired to help with the construction. It was only a few moments before we each had a trowel in hand and were laying bricks row by row. 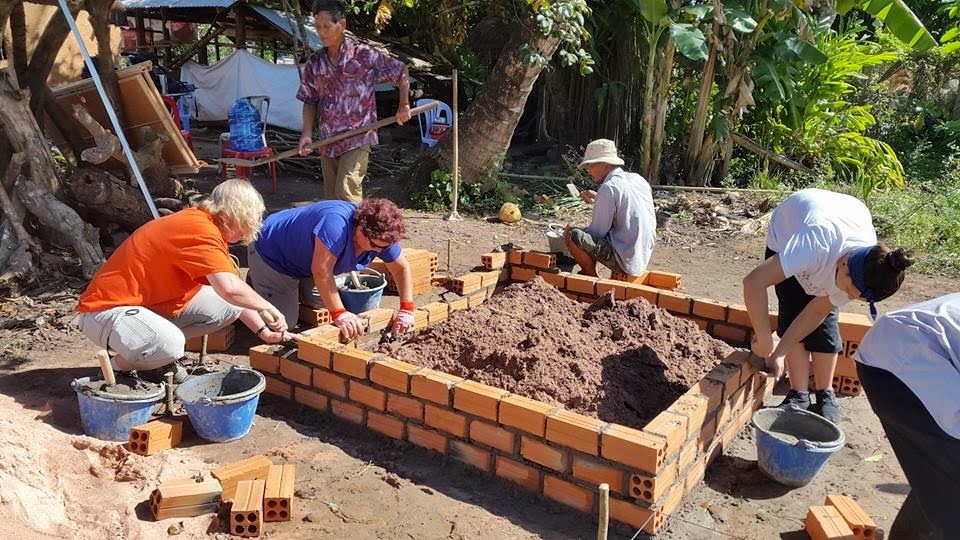 This will be the first of two latrines that we will be building in the two-week period and it is located at a family home. The job site was busy and we had lots of help from the family and the construction workers who Vy called ‘Bu’ – meaning uncle – which is the Khmer way of referring to a man that is older than you. Noon came before we knew it and we headed to our lunch spot at ‘The Vine Resort’ nearby; once we ate our incredible meal we were pleased to hear that we had 45 minutes left to lounge on the cushy pillows out on the veranda - not a bad gig so far!
At the end of the day, we had dug a reservoir for the waste, laid nearly all of the bricks for all four walls, and had the door in place. It must have been the mid-afternoon coconut break that gave us the ‘get up and go’ to get all that work done! 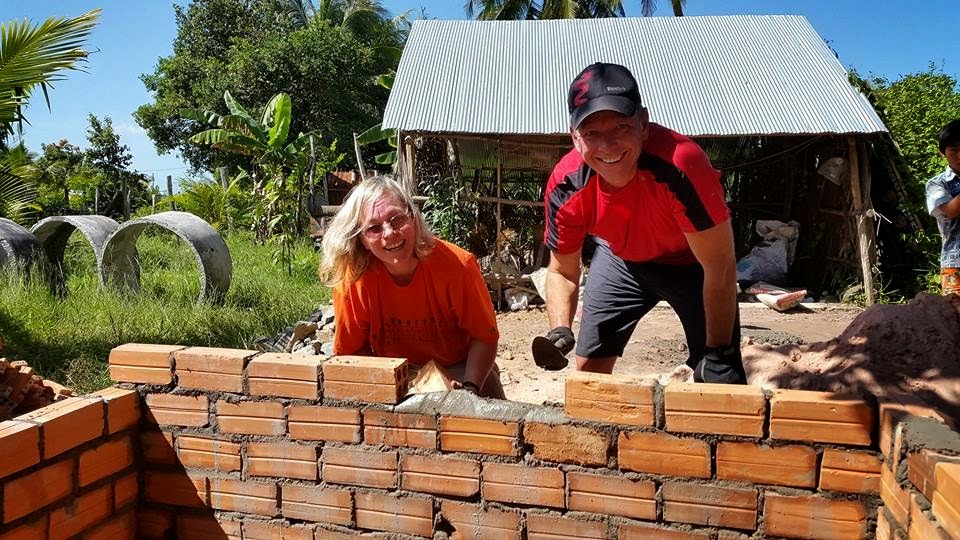 Once we arrived back at the hotel some of us took a dip in the ocean, which is just across the street, followed by a swim in the hotel pool once the sun bowed below the horizon at 6pm. 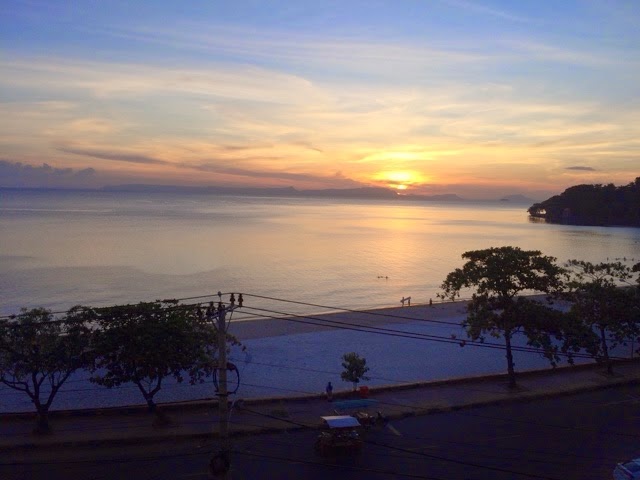 Tonight was the first night of our ‘Kep food tour’ which Vy had laid out, and the first stop was at ‘Kimly Restaurant’ in the crab market where we were able to test out some of the local fare including the area’s signature dish, Kampot pepper crab with green peppercorns that are grown in the region. The crabs were small, but the meat was delicious and it was worth the effort to get at every last bit! Did I mention the food is fantastic?! 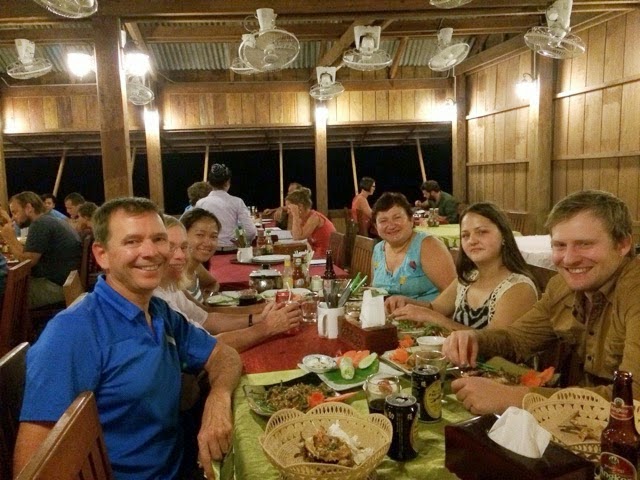