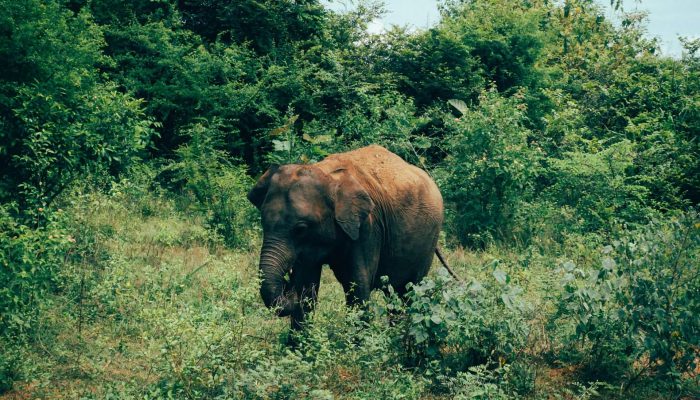 After a long journey routed through London, where we had a 10-hour layover, we arrived in Colombo.

While in London we ventured down the Tube into downtown. During our visit we saw several sites such as Big Ben and Buckingham Palace and, of course, a pub for lunch. It was a nice break during the long journey.

The flight to Colombo was 10 hours and we arrived into a humid arrival. Thirty degrees and some sun and rain.

First day on the irrigation project
Early to bed, we woke up Monday morning and travelled 30 minutes to the work site with our handy driver DePaul. Driving here is very different. Cars, trucks, buses and tuk tuks bobbing in and out of traffic like a skilled, choreographed dance. There have been some close calls but it works.

After doing a short ceremony with the local town residents and government officials to commemorate the project, the backhoe got to work digging our trench for the irrigation project.

We are running pipe for three km so locals can get water for their gardens which will help feed themselves but also provide product to sell.

We had an injury immediately as Jeff from our Rotary Okotoks club tripped on some hidden barbed-wire while carrying a pipe and cut up his leg a bit. The trooper he is he was back working soon after.

It was a hot and humid day with some slow work as we figured out logistics of how to go through pieces of property and under a major road.

The locals were very helpful and invited us in for tea and food.

As I write this, we are just finishing breakfast as we are 12 hours ahead of British Columbia. Off to the site again, will try and send pictures later.