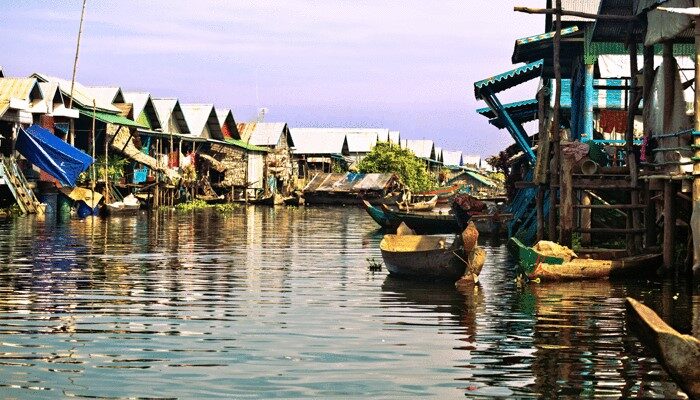 Wow, what an amazing start to our journey here in Cambodia. So much fun to connect with previous friends from the 2016 Nepal trip, 6 of us were reunited with Jen Baillee as our team leader.

Team arrived at various times and had to wait to travel to Kep for the stragglers who missed their plane and lost their luggage but all ended well and luggage arrived within 48 hrs.

Bussed from Phnom Phen to Kep and settled in Sunday night.

Monday morning.  We were welcomed by Vy, from Equitable Cambodia- Developing World Connections’s (DWC) host partner.  We then were split up into groups and were allocated latrine sites at local homes. Since we only have 4 males in our group, they were allocated a site and the rest of us are assigned different sites daily. The sites were in various stages of startup and we commenced work that day. We put all the guys to work and gave them shovels to dig holes with the goal to dig about 2 m down.  The fun began as the holes grew and water continued to seep in. We also commenced laying bricks and slowly started to see the walls get higher throughout the day.

Tuesday morning. Off to an early start, completed digging, the brick walls were moving along to near completion. We had a full day of work and were fed another amazing lunch from a lovely family near the work sites.  Had a nice evening and dinner down near the crab market back to rooms and in bed by 8:00 pm.

Wednesday morning. Arrived at site to find to our dismay the holes were now full of water and starting to cave in and some areas undermined in the areas previously dug. Completed the walls, and some  even got the bricks completed inside the latrine for the squat toilet platform and the wash basin. Left work early as we had a school visit planned.

Met the principal and teacher, played with the kids, during our visit the rains started- down pouring as we were visiting. Fun was had by all as we dropped off all the donations brought with us and shared the balls and balloons in the head office area with a whole bunch of kids. Interesting to see the class sizes, kindergarten class there were two of them with 40-60 kids in each class. They maximize their school by going in shifts throughout the day, the older kids only attending for an hour later in the day.  They also farm pepper on the site, 1125 pepper plants that are in year 2 of 3 year growth cycle. The plants grow to a height of 12 ft. All the pepper is picked, harvested, and separated by hand. The pepper farm is used to teach the students to farm. The pepper is sold and the money is used to help support some of the school costs. Ended the day at a lovely restaurant overlooking the ocean as the rain poured down and we wondered how the sites would look the next day.

Thursday morning. Had a nice breakfast at the hotel. Arrived at site only to find the hole Joe worked so hard and had dug so deep was now filled with water. After multiple attempts to empty the hole with buckets a pump was brought in and even that did not help the continuous flow of water. Meanwhile inside walls were starting to be plastered, again they were wet from rain and in some groups the plaster fell off the walls. Went for lunch early as we ran out of cement, had another scrumptious lunch with local family. Came back to site only to watch the black clouds rolling in and monsoon started again. Needless to say work is halted and we are now writing this blog. Off to dinner at the crab market, hope we get crab as the crab catches have been spotty due to the storms.

Dinner was at the Seagull restaurant we had great service and food it was topped off by the server giving Rene (our old bird) a small beautiful Conch shell. Rene, was so thrilled and fits of laughter were table wide as the shell phone made its way around the table- long distance with no plan. Great marketing technique, the server offered one to someone else when we come back for dinner tomorrow.

Good morning to Yoga with Joe, a delicious local rice porridge with pork and continuously upbeat teams.  All four of our teams were excited to finish the work we started only 4 days before.  Our skills improved and the walls dried.  Terri ‘s skill drywalling helped us immensely as we struggled to make the mud stick! Geraldine is our resident safety officer who often gives our head a shake (literally) to keep us safe when we are living on the wild side.  We were almost finished but lunch time, lack of cement and a black cloud chased us to another fantastic local lunch where we are now treated as old friends. We were delighted when the black cloud passed and we were able to return to site and finish what we started. We were all vested in everyone’s team so as people finished they pitched in to help wherever needed and all four latrines were completed to ‘lock-up’.  Local  tradesmen and owners are tasked with putting on the roof, final tiling, plumbing and the porcelain squat toilets. As we said goodbye one roof was on and the others were underway.  The septic rings will have to wait until the groundwater level subsides later this month.
On our way ‘home’ Jen asked us for some highlights. Everyone expressed joy in interacting with our families with some favourites like the delightful little girl on Kevin’s site and the hard working father of 5 on our site. We also found that the shyness had worn off and the children were moving from site to site to see how their strange new friends were doing. Personal highlights for Chris and I were Rene handing out trail mix showing the kids how to cup their hands, and when Chris, Rene and Penny started doing a litter pickup around the site how the kids spontaneously joined into the work. Our day ended at another fine seaside restaurant in Kep with the most fantastic sunset and a distant lightning show for good measure.  Extra bonus; crab catch was good today and the weekend awaits!!