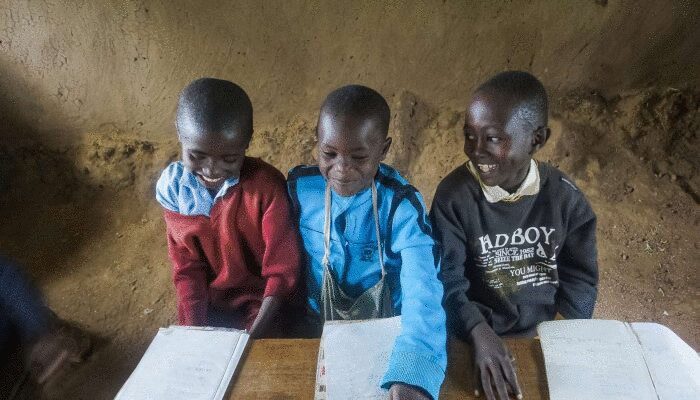 When the Softchoice Cares board decided to go to Maai Mahui, Kenya earlier this year I was extremely excited but at the same time I wasn’t sure what to expect. Would we actually be able to make a difference? Would the people we came to help really even want us there? Would I be able to make a real connection with someone local? Would our presence and our efforts on the ground be worth the cost of the trip? I had no idea…

Our first day in the village, it was obvious that no matter what I had prepared for it wasn’t enough. As we walked through the middle of Maai Mahui along the “HIV Highway” we saw people living in steel shipping containers and 1 room huts, children were running beside us laughing and waving as they ran through garbage barefoot that we were all trying so delicately to step over and around and I couldn’t help noticing the amount of abandoned buildings and churches that had at some point been built with the purpose of providing assistance but had long since been forgotten, it was incredibly overwhelming. How would we be able to even make a tiny impact in just two weeks let alone something that would be sustainable for years to come?

Fortunately, that afternoon we sat down with Charles and Jeremiah, the assistant director and Director at Comfort the Children who walked us through the different programs they offered and how they worked tirelessly to empower members of the community regardless of race, religion or background. They told us that the Knowledge and Resource Centre we had come to build would begin to change the community immediately, providing access to the internet and to equipment that was beyond anything in the area, including the university about 25km away. It was so encouraging to hear how much they’d already accomplished and to see how excited they were to have us here.

Almost two weeks later as we’re preparing to wrap up our trip and leave the project in the capable hands of CTC I’m confident that we’ve done a world of good here. Charles and Jeremiah at CTC are two of the most inspirational people I’ve even met, bringing energy and enthusiasm to everything they do regardless of how overwhelming the task may seem. Greeshan, the foreman of the construction crew we’ve been helping is someone I could sit and talk with for hours. Listening to him speak of the challenges he’s overcome just to become a mason making $4/day and how proud he is of the life he’s been able to provide his children moved me to tears. Hearing his excitement that his children will be able to learn some basic computer skills and have access to the internet gave me confidence that we are actually making a positive impact here.

I may never fully grasp the true impact of what we’ve accomplished here but I can only hope that we’ve made a difference in the lives of people in this community; I know they’ve certainly made an incredible difference in mine.