Working Together to Bring People Together 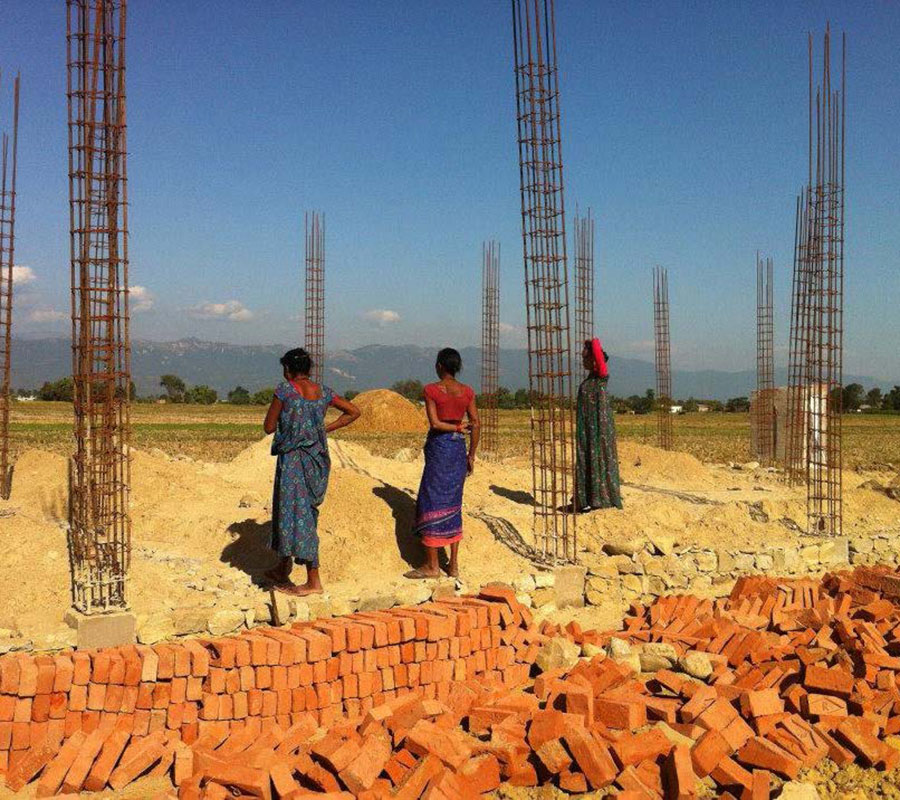 A community centre, for example, can play an empowering role, functioning as a space for education seminars, training workshops, community group meetings or as a neighbourhood events facility. It can also serve relationships with NGOs and government in technical, organizational, and financial assistance. Often, the sustainability and affordability of such projects rely on local sweat equity and donated or repurposed materials. A sense of belonging and ownership over these communal facilities is stimulated for households who participate in their neighbourhood’s development. 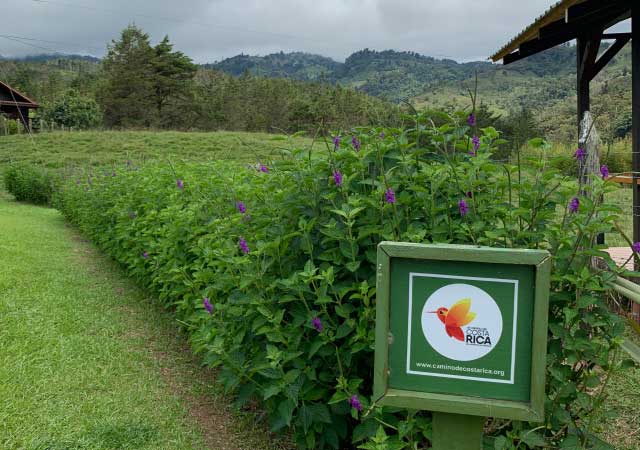 A rural development project in Costa Rica is establishing a trail crossing from the Atlantic to the Pacific through rural villages. These small communities see growth by building their capacity in the area of tourist services in a way that is culturally consistent, socially inclusive and always respectful to the environment. 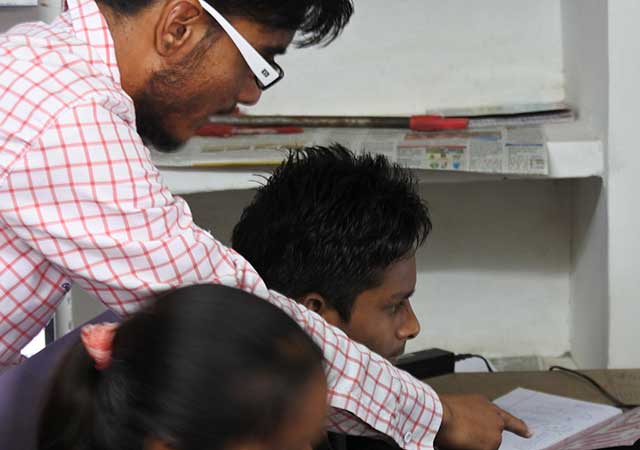 Ubuntu Knowledge and Resource Center became a reality in just one year. The hub provides youth and adults with technology training and is a public access point for computer, internet and library services in rural Kenya. 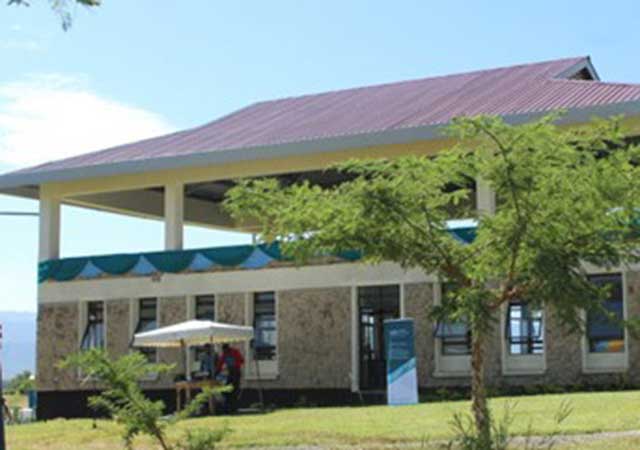 In the Rajsamand district of Rajasthan, India, a Youth Resource Center was built for a remote rural village which had little connection to the outside world. The centre removed the economic and social barriers to education and information services for a large concentration of youth in the area, especially girls. Literacy rates amongst community children greatly improved. 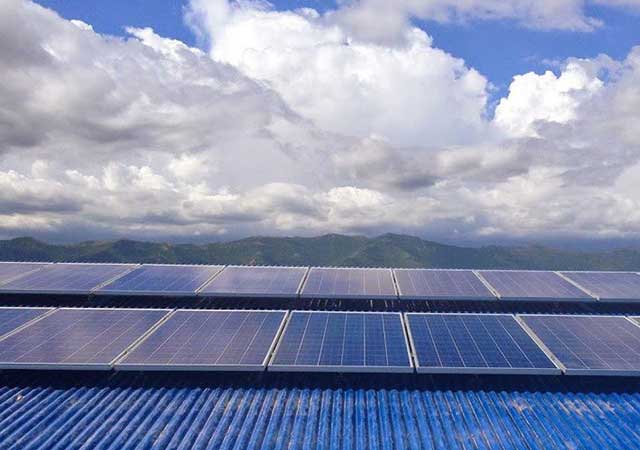 In remote areas of Nepal, the electrical grid is very unreliable, if not completely non-existent. Many local families are accustomed to living completely without electricity. Investment in a solar system provides affordable offgrid electrical power. A diesel generator offers back-up power for prolonged cloudy periods or during maintenance. 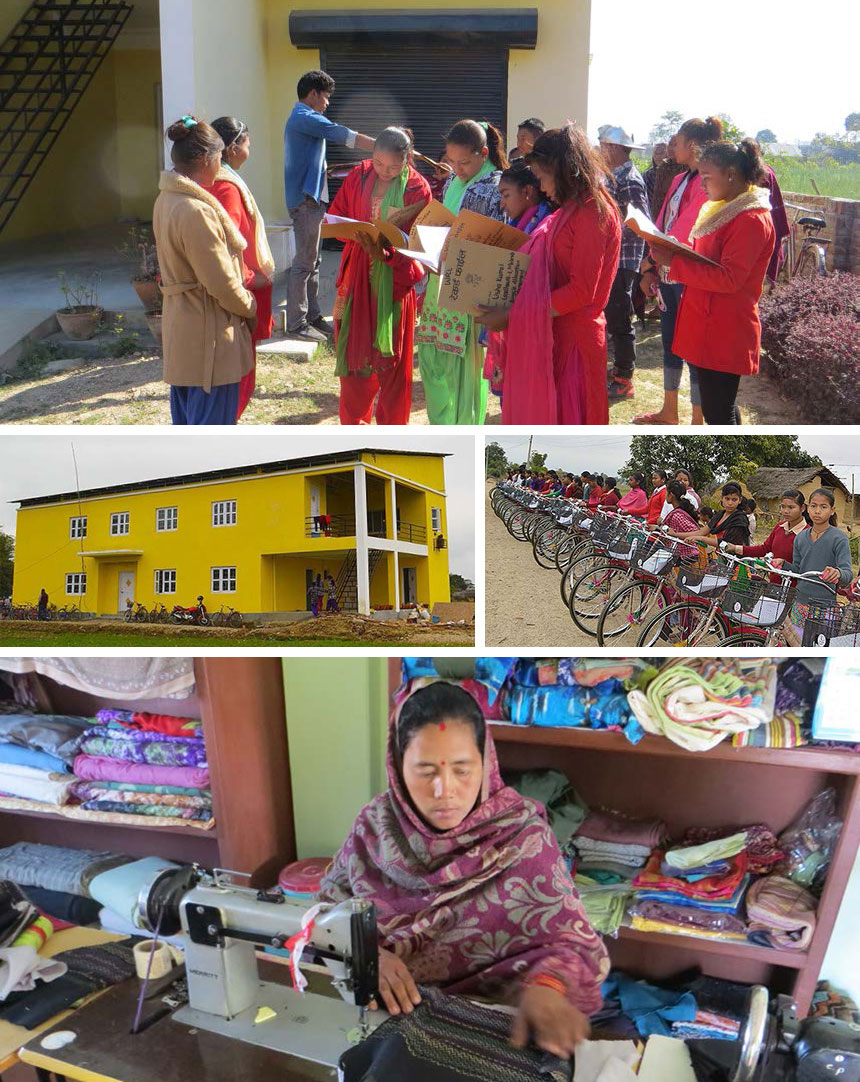 Unako HouseA House of Their Own

Developing World Connections partnered to build a 4,000 square foot multi-functional facility, called Unako House, in the Dang region of Nepal. The name Unako means “it’s hers” in Nepalese. The building holds a community centre, classroom, workshop, kitchen, large meeting room, two retail outlets and living quarters for a caretaker. Unako House includes a rooftop solar component that provides power for computers, lighting, sewing machines and kitchen appliances. Locals are trained to maintain the system. The girls who are taught here come from poor, illiterate families who were forced to sell the girls into bonded servitude. Some of whom had been forced to work 16 hours a day; a few were even forced into prostitution.

“Project Dignity,” as it was dubbed, represents the change in the lives of these young women from vulnerable indentured servants to educated woman with a life of opportunity. Money for test fees, materials, a uniform and a bicycle are all covered for each girl until graduation. For mature women, the centre offers a literacy program, a scarf making co-op where they can earn money, as well as a micro-credit program to access capital to purchase goats and seeds. The programs facilitated in the centre have had life-changing impacts through education and social resources for these women and girls.

In eastern Rwanda, an integrated development program in the village of Gashora revitalized a basketball and volleyball court as community assets. New stands for spectators reused iron beams from an old bridge and other recovered materials. Local residents provided skills and sweat equity. A cooperative led by youth was established to coordinate and promote games, as well as workshops in nutrition and leadership. The co-op also operates a snack bar that employs youth and generates revenue to sustain the facilities.

The Covaga Innovation Centre, built in rural Rwanda, turned local development challenges into a socioeconomic solution. Based on needs expressed by residents, the centre was built to provide a space to train women in business development and support the Covaga Women’s Weaving Co-op with a functional space to make products to take to market. 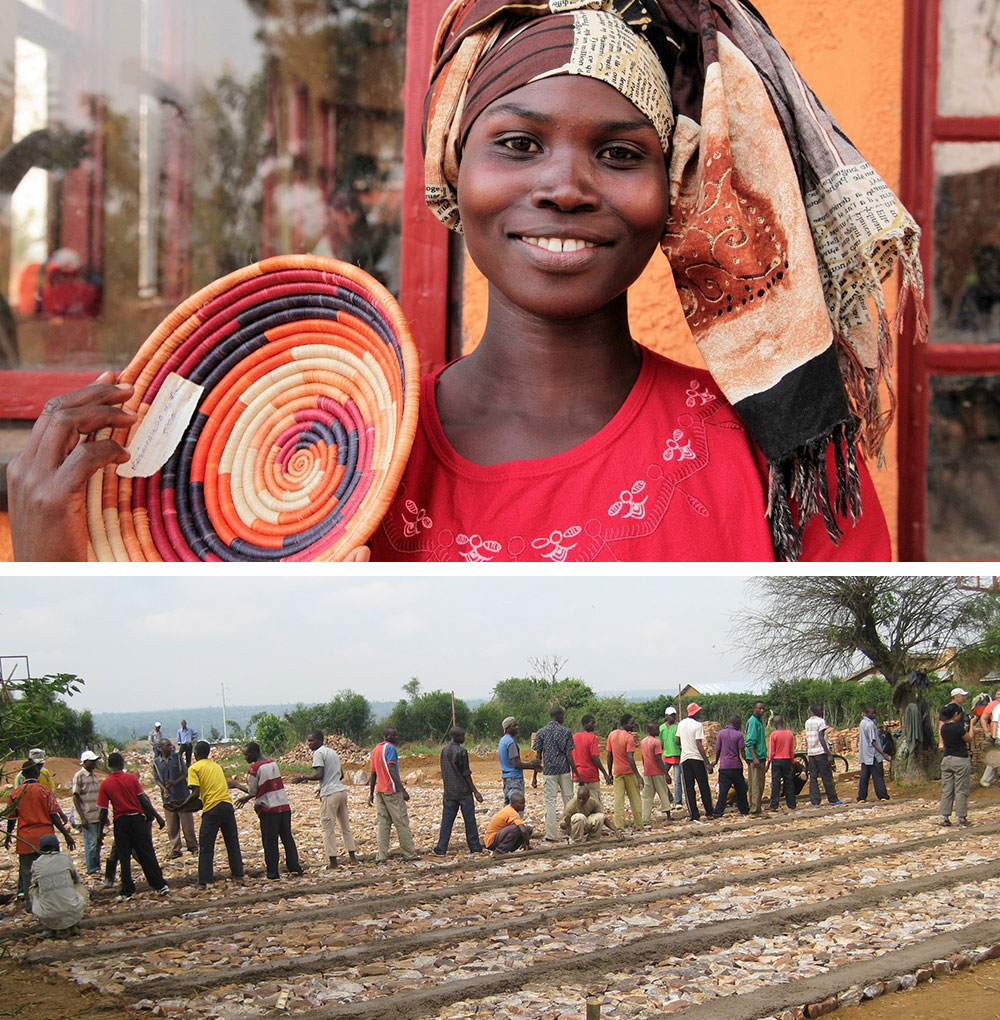 Volunteer in Costa Rica in February, 2023